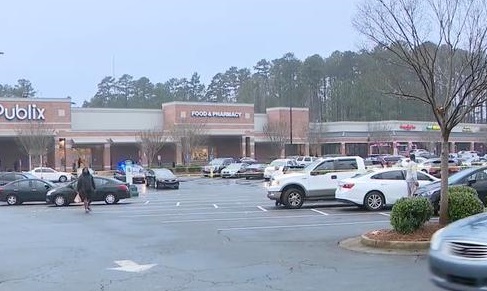 A 4-year-old boy fatally shot himself in a car outside a Georgia grocery store while his mother was shopping inside, cops and heartbroken kin said.

Little Miyell Hernandez got hold of a gun left in his mom’s car and “accidentally shot himself” about 5 p.m. outside a Publix in DeKalb County, police said in a statement.

A 13-year-old relative and an infant were with Miyell in the vehicle at the time, authorities said.

The mortally wounded child was rushed to a hospital but later died from his wounds.

No charges had been filed in the boy’s death.

After the shooting, the teen who was in the car immediately ran into the grocery store for help, officials said. The kids had been left in the car while Miyell’s mom went shopping.

The gun was unsecured inside his mother’s car,

It’s unclear whom the gun belonged to or if it was legally registered.

An online fundraiser set up to help offset Miyell’s funeral costs eclipsed $1,900 as of midday Monday.

Miyell is the sixth child to die from gunfire in greater Atlanta this year, according to the Atlanta Journal-Constitution. Days earlier, 9-year-old Kemoni Mack died after being shot at an apartment complex in southeast Atlanta, where a 16-year-old suspect was charged, police said.