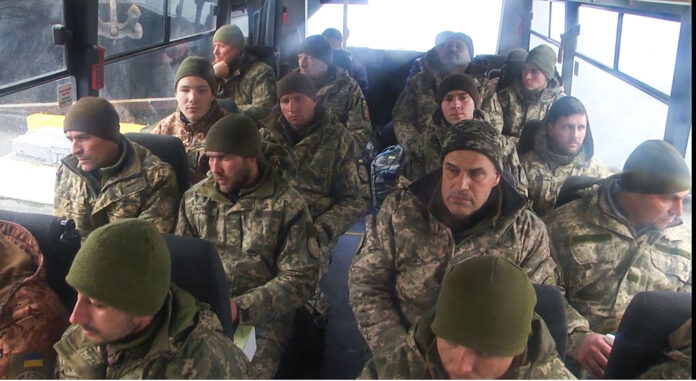 The Ukrainian Navy announced that it was aware that the soldiers on Snake Island who were at first thought to have died in a Russian assault were in fact alive and being held prisoner by the Russians.

The Navy added that a civilian ship had gone to the island to help the victims after the attack, but it was captured by the Russians.

The Navy demanded the release of Ukrainian citizens.

The Ukrainian border guards who told a Russian warship to “go f–k yourself” as they defended Snake Island in the Black Sea are still alive and being held captive by the invading forces, Kyiv’s navy revealed.

The 13 guards were initially presumed dead after they defiantly refused to surrender their post on the small island near the Romanian border when two Russian vessels approached
The Ukraine Navy said in a Facebook post that the guards had been “taken captive by Russian occupiers.”

“We are very happy to learn that our brothers are alive and well,” the post said.
Ukrainian officials had declared last week that the guards had all been killed after Moscow’s forces opened fire with barreled gunships and airstrikes, cutting of all communication with the 42-acre island.

But the State Border Guard Service of Ukraine revealed on Saturday that the guards could still be alive.
Russia claimed that the Ukrainian guards had actually surrendered — and made no mention of carrying out strikes.

The story of the brave soldiers made international headlines when an audio clip emerged of the exchange between Ukrainian and Russian forces.
“This is a Russian warship,” an unidentified voice can be heard saying. “I propose you lay down your weapons and surrender to avoid bloodshed and unnecessary victims. Otherwise you will be bombed.”

Slovakia has delivered military and medical material to Ukraine which the government approved over the weekend, Defence Minister Jaroslav Nad said on Twitter.

The government approved two batches of supplies worth 15.4 million euros,

Why Larry Elder may not run for governor in 2022