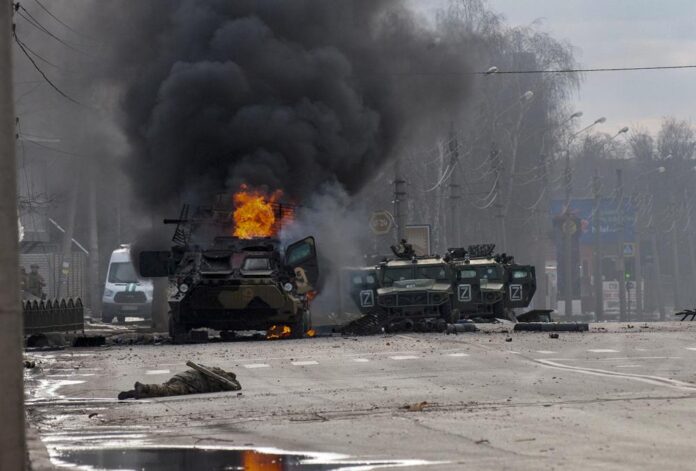 Reuters – Missiles launched from Belarus had hit an airport in Zhytomyr in northern Ukraine, an adviser to Ukraine’s interior minister said.

Ukrainian and Russian officials are due to meet for talks at a venue on the Belarusian border with Ukraine, President Volodymyr Zelenskiy’s office said earlier. read more

Anton Herashchenko, the adviser to Ukraine’s interior minister, had earlier said that Iskander missiles were launched at Ukraine from Belarus at around 5 p.m. local time (1500 GMT).

In a dramatic escalation of East-West tensions over Russia’s invasion of Ukraine, President Vladimir Putin ordered Russian nuclear forces put on high alert Sunday in response to what he called “aggressive statements” by leading NATO powers.

The directive to put Russia’s nuclear weapons in an increased state of readiness for launch raised fears that the crisis could boil over into nuclear warfare, whether by design or mistake.

Putin’s step is “potentially putting in play forces that, if there’s a miscalculation, could make things much, much more dangerous,” said a senior U.S. defense official, speaking on condition of anonymity.

Amid the mounting tensions, Ukraine announced that a delegation would meet with Russian officials for talks. But the Kremlin’s ultimate aims in Ukraine —

and what steps might be enough to satisfy Moscow — remained unclear.

The driver allegedly killed a man who had picked him up on the south...

1 dead, others injured in Hamilton shooting