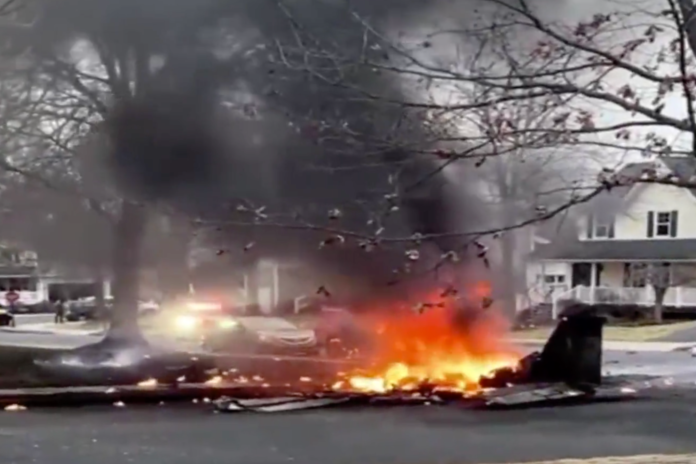 A plane crash in a residential neighborhood of Bucks County killed two people that were on board, according to published reports.

The single-engine plane came down at Victoria and Brittany Lanes in Perkasie, Pennsylvania when it crashed into an unoccupied vehicle before bursting into flames, officials said.

CBS Philly spoke with a mother and daughter that watched the the action all unfold, as their voices can be heard in shock on a door camera that captured the horrific scene.

“Right smack above my head and the thing that came to my mind is he’s going to land on my house,” Catherine Lapat of Bucks County said.

Lapat and her daughter ran toward the crash site to see if they could help the victims.

At least 25 dead during Brazilian police raid in Rio