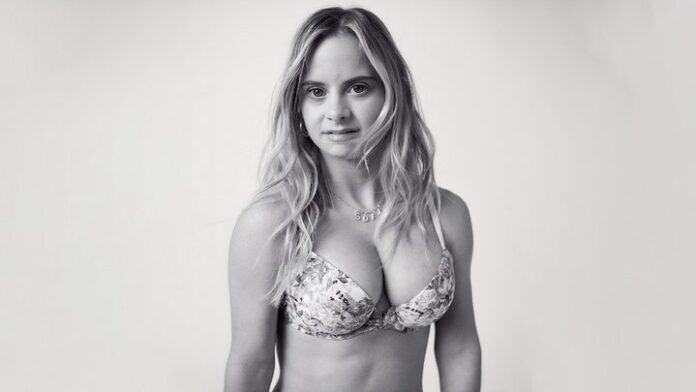 A model with Down syndrome is thanking Victoria’s Secret for including her in a new lingerie collection.

“One day I dreamed it, I worked on it and today it is a dream come true. I can finally tell you my big secret… I am the first Victoria’s Secret model with Down syndrome,” Jirau wrote, in Spanish.

Jirau went on to thank her supporters in the post, which shows a black and white snapshot of the model in Victoria’s Secret’s new campaign.

“Thanks to @victoriassecret for seeing me as a #NoLimits model and making me part of the Love Cloud Collection inclusion campaign,” Jirau wrote. “This is just the beginning, now it’s formed! Inside and out there are no limits, Alavett!”

“We are thrilled to have Sofia featured in the Love Cloud campaign,” a spokesperson for Victoria’s Secret told FOX Business. “Victoria’s Secret is committed to welcoming, celebrating and being there for all women.”

Jirau got her start as a model in 2019 and made her New York Fashion Week debut on Feb. 10, 2020. She has since modeled for companies and magazines, including Walgreen’s Puerto Rico, Vogue Mexico, People en Español and Alavett – Jirau’s self-owned clothing and home decor brand.

Jirau models alongside 17 other women in Victoria’s Secret’s Love Cloud Collection campaign, which was purposely put together to highlight diversity and inclusion.

“This campaign was brought life with an incredible cast of women with unique backgrounds, experiences, abilities and stories,” Victoria’s Secret told FOX Business.

Victoria’s Secret notably unveiled the collection two days before it announced its Q4 2021 Earnings Call will be hosted on Wednesday, March 2.

The company has increased its diversity and inclusion efforts since the resignation of Ed Razek, longtime chief marketing officer, in 2019.

Razek received criticism for not casting transgender and plus-size models for the brand and later apologized for the choice.

Since then, the lingerie industry as a whole has expanded to be more inclusive. Some consumers and marketers have credited brands like Savage X Fenty and Aerie for diversifying representation in the space.

Hostess assaulted at Carmine’s on Upper West Side after asking tourists for vaccine cards:...

Sources: US to recommend COVID vaccine boosters at 8 months