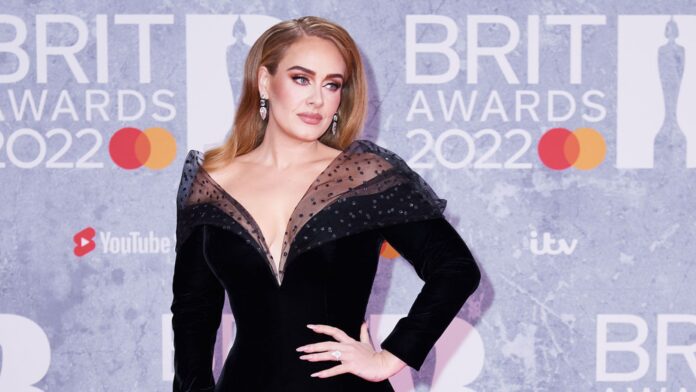 Adele was criticized for saying she “loves being a woman” while accepting the first gender-neutral artist of the year award at the 2022 Brits awards.

The new category replaced the separate best female and best male artist categories from previous Brits ward shows. It is unclear what caused the Brits to change the name of the award category and a representative did not respond to Fox News Digital’s request for comment.

Adele took home the awards for best artist, album and song of the year.

“I understand why the name of this award has changed but I really love being a woman and being a female artist. I do!” Adele said while accepting the award.

“I’m really proud of us, I really, really am,” she added.

Adele’s speech has social media users criticizing her for being anti-trans and others coming to her defense.

“Please, no, ADELE can’t be a TERF,” one social media user wrote.

“So…Adele’s a bit terfy then? Good, good,” another user wrote.

Another expressed confusion over the reaction to Adele’s speech.

“It kinda doesn’t matter if Adele recants or not,” the user wrote. “The world has seen the reaction to her words. Most of them are saying….what the actual f–k?”

Adele has not publicly commented on the debate her speech started. Instead, she shared a short thank you note on Twitter following the awards show.

“What a night! Thank you @BRITs, thank you Sally and Tom for being so accommodating,” she wrote. “Thank you to everyone who was there in the crowd, you were so loud and loving! Congratulations to all the other winners and nominees, keep on smashing it!”

Adele’s speech has the “Rolling in the Deep” singer back in the headlines after she postponed her Las Vegas Residency.

Georgia lady opens a small restaurant, whose only customer is a squirrel,

Paris Olympics moves up with two presidents on center stage