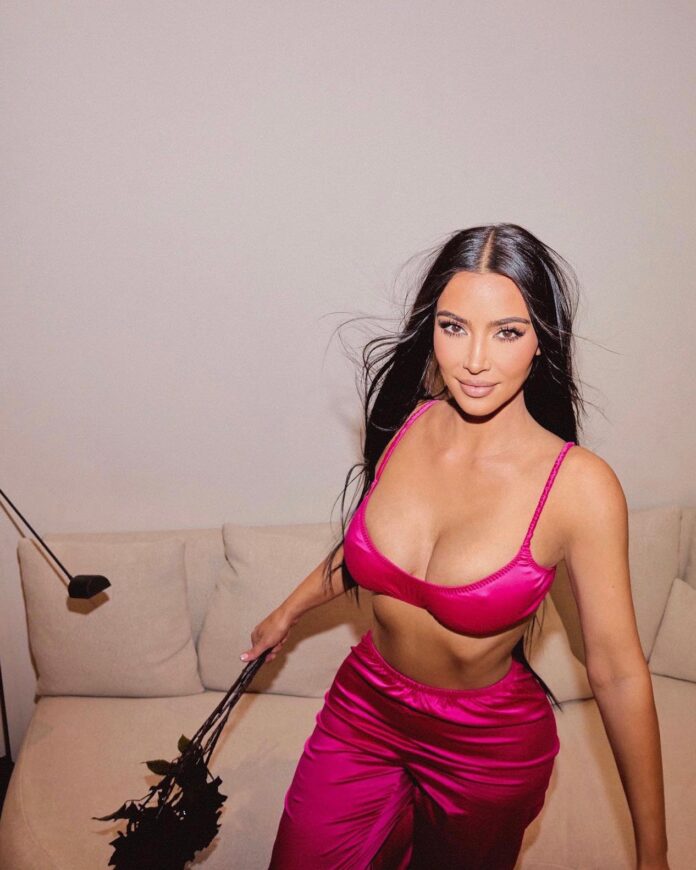 Kanye West is calling out Kim Kardashian’s co-parenting with him once again in a public Instagram post.

The musician and fashion mogul took to Instagram on Saturday evening where he shared a screenshot that appears to be from his Netflix documentary “Jeen-yuhs” that shows him looking a bit sad while his mother, Donda, tries to comfort him.

“You need an angel to watch over you,” the screenshot’s caption reads.

In the post, West questions the fairness of his and Kardashian’s co-parenting relationship with their kids North, Chicago, Saint and Psalm. He alleges that his ex is directly responsible for blocking him from taking their kids on a trip. He did not specify if the trip was previously planned or not.

“I WANT TO BRING MY KIDS TO MY HOME TOWN OF CHICAGO TO SEE MY BASKETBALL TEAM PLAY FOR 7 THOUSAND PEOPLE AND KIM IS STOPPING THAT HOW IS THIS JOINT CUSTODY?” West wrote.

Representatives for Kim Kardashian did not immediately respond to Fox News’ request for comment.

This is the latest move in a very public spat the former couple is having that started after West took to social media to share his displeasure that his ex-wife is letting their 8-year-old daughter, North, have a TikTok account.

“SINCE THIS IS MY FIRST DIVORCE I NEED TO KNOW WHAT I SHOULD DO ABOUT MY DAUGHTER BEING PUT ON TIK TOK AGAINST MY WILL ?” the 44-year-old wrote in a different post.

A spokesperson for Kim previously gave Fox News Digital the following response statement from the star:

“Kanye’s constant attacks on me in interviews and on social media is actually more hurtful than any TikTok North might create,” she wrote. “As the parent who is the main provider and caregiver for our children, I am doing my best to protect our daughter while also allowing her to express her creativity in the medium that she wishes with adult supervision – because it brings her happiness.

“Divorce is difficult enough on our children and Kanye’s obsession with trying to control and manipulate our situation so negatively and publicly is only causing further pain for all,” she continued. “From the beginning I have wanted nothing but a healthy and supportive co-parenting relationship because it is what is best for our children and it saddens me that Kanye continues to make it impossible every step of the way.”

“I wish to handle all matters regarding our children privately and hopefully he can finally respond to the third attorney he has had in the last year to resolve any issues amicably,” she concluded her statement.

West responded in another Instagram post in which he questioned some of what the reality star was saying about their situation.

“What do you mean by main provider?” West asked, referring to Kardashian’s claim she is their children’s primary caregiver.

Kanye added, “America saw you try to kid nap [sic] my daughter on her birthday by not providing the address You put security on me inside of the house to play with my son then accused me of stealing I had to take a drug test after [daughter] Chicago’s party cause you accused me of being on drugs [Kardashian’s chief marketing officer] Tracy Romulus stop manipulating Kim to be this way …”

West had publicly claimed Kardashian and her family had refused to give him the address to Chicago’s birthday party in a video shared by TMZ. However, West did show up to the party, according to photos from social media. The address of the party was given to the rapper as soon as he asked for it, Fox News Digital learned.

The 41-year-old filed for divorce from West after nearly eight years of marriage, court records showed in February 2021. The move brings an impending end to one of the most followed celebrity unions of the 21st century.

Kardashian is seeking joint custody of the children and her filing states the couple have a prenuptial agreement that will determine how their assets will be divided. It cites irreconcilable differences for their breakup and does not list a separation date.

The couple began dating in 2012 and had their first child in 2013. West proposed later that year using the giant screen at the empty waterfront ballpark of the San Francisco Giants, and the two married May 24, 2014, in a ceremony at a Renaissance fortress in Florence, Italy.

While US summer surge is waning, more mandates in the works