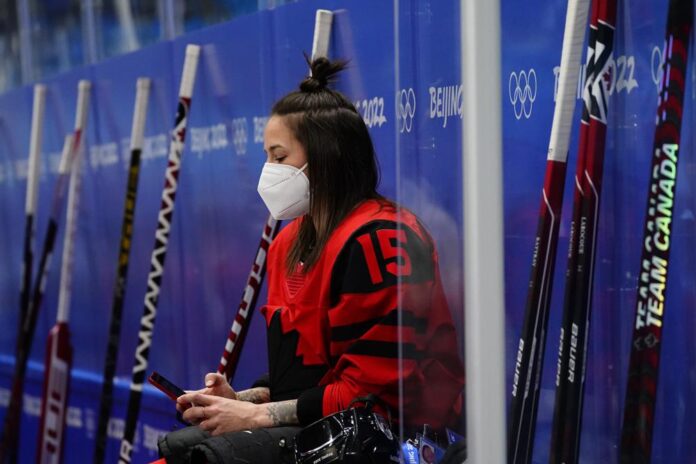 Canadian hockey forward Melodie Daoust will not play against Finland in the Olympics and is being listed as day-to-day with an upper body injury.

The three-time Olympian was hurt in the second period of Canada’s 12-1 win over Switzerland in an opening day preliminary round Group A matchup.

Daoust has been playing on a line with Natalie Spooner and young star Sarah Fillier, who combined for four goals and three assists against the Swiss.