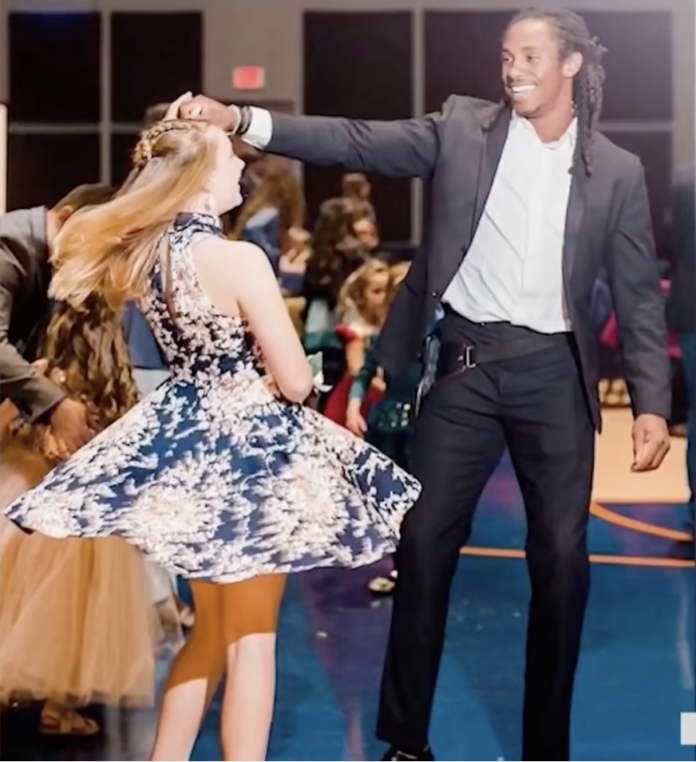 Eagles safety Anthony Harris lent a helping hand to a young girl in need of someone to taker her to a daddy-daughter dance.

Audrey Soape, an 11-year-old living outside of Austin, Texas, lost her father and grandfather last year. The family had long been fans of Harris, dating back to his days as a Minnesota Viking,

and had often reached out through social media to ask if he wanted their prayers.
Soape’s mother Holly reached out to Harris to ask whether he would take Audrey to the dance. Much of her surprise, he said yes

“He was so kind and so sweet and just made the entire night so special for her,” Holly said.
“It was really just them opening their arms,” Harris said of the family’s previous outreaches offering prayers.

Before the dance, Harris purchased a dress, shoes and make-up for Audrey.

“A normal player would probably be like ‘I don’t have time for this. I have to be focused for next season or the playoffs,’” Audrey said. “But he took time out of his schedule to take me, so that was pretty special.”
Harris, 30, joined the Eagles this past season after six years with the Vikings. He spoke about what he learned from the night.
“You gotta cherish these moments. You never know how long we have here on this Earth,” Harris said. “So, the people that you care about and you love, show support for them.”

Audrey’s mother told Fox News that the evening was “beyond a blessing”.
“I was so anxious and excited for her because she just had the most terrible year,” Holly said. “For someone to show up and to teach her that people do show up for you, it’s just been beyond a blessing. Just the power of God and how he makes these situations happen has just been unbelievable and remarkable.”

Philadelphia boy, 10, fatally shoots himself after finding gun in home

Colorado man dies after falling into river at Grand Canyon