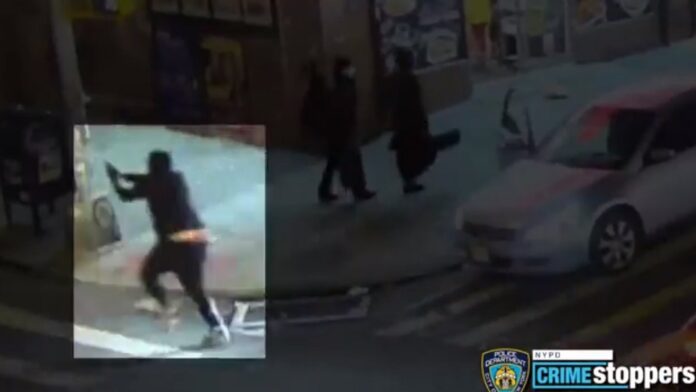 The New York City mother of an 11-month-old girl who was struck by a stray bullet in the Bronx last month when she was caught in the crossfire of a gunfight is calling for reforms, telling Fox News Digital, “Safety and right to life, liberty and justice matter.”

Miraida Gomez, 32, was inside a vehicle parked at the intersection of East 198th Street and Valentine Avenue Jan. 19 when her baby daughter, less than a year old, suffered a gunshot wound to the face. Two weeks later, ahead of President Biden’s Thursday trip to New York City, Gomez called for changes to bail laws, the prosecution of known gun offenders and license-to-carry laws.

“These judges shouldn’t feel pressed to release individuals that carry a weapon, they should be pressed to charge them,” Gomez said in a message to Fox News Digital.

The New York Police Department (NYPD) is still hunting for the person who shot Gomez’s daughter. NYPD’s Crime Stoppers Unit is offering a reward of up to $10,000 for information leading to the man’s arrest.

So far, police have said the gunman was fighting with another person on the streets of the Bronx around 6:45 p.m. local time when shots rang out. The suspect could be seen on video with his gun pointed as he ran past bystanders and through the busy intersection.

Gomez did not respond to questions regarding her daughter’s recovery. Instead, she focused on the reforms that she said were needed to stop what she called a “vicious cycle.”

“If there is anything that needs reform, it’s the bail law, the license-to-carry laws and the fine print on how someone licensed to carry can sell a firearm to someone who is not licensed to carry,” she wrote. “Bail reform to make it harder for individuals that are arrested with a firearm to be released they shouldn’t even have bail.”

“There are enough taxpayer dollars,” Gomez said, to pay for bigger prisons if needed. She added that it was “unfortunate” that crimes like the one involving her family often take place in communities of color.

After the shooting, Mayor Eric Adams told reporters the baby’s father pulled the car over to run into a nearby store but left when he heard “his wife screaming.”

“Coming outside and seeing his wife holding his baby and a coat colored pink but stained with red blood from his child,” Adams said. “It’s unimaginable. It is unimaginable that this is happening in our city.”

Adams said the bullet passed through the young girl’s head. She was critically injured but was expected to survive. Loved ones are now raising money through a GoFundMe page to benefit the family.

The mayor spoke with the family at the hospital after the shooting and described them as “the bedrock of our city.”

That same week, two police officers were shot in separate incidents in the Bronx and a third was shot on Staten Island. All three survived. Meanwhile, two more, detectives Jason “Tata” Rivera, 22, and Wilbert Mora, 27, were shot by a domestic violence suspect in Harlem. Both men died.

As of Jan. 30, there were 94 shootings reported year-to-date citywide, with 104 victims wounded, the NYPD said. There were 71 shootings and 79 people struck by bullets this time last year.

Biden on Thursday will travel to New York City with U.S. Attorney General Merrick Garland to meet with Mayor Adams and Gov. Kathy Hochul, among other city officials.

The group will first visit NYPD headquarters “to discuss the work that federal, state and local law enforcement officials are doing to quickly take guns and repeat shooters off of our streets,” White House press secretary Jen Psaki said Tuesday. They will then head to Queens, where they will meet with community violence interruption groups and intervention leaders, Psaki said.

GoFundMe Page IDs 5 cyclists were killed in a truck collision

Rain chances continue around Charlotte as moisture pours into the Carolinas