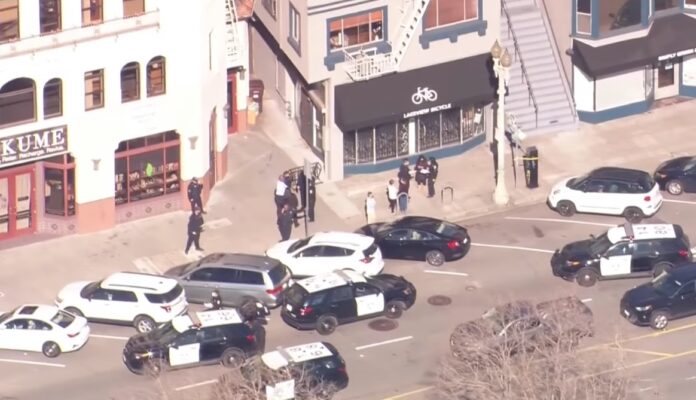 OAKLAND, Calif. (AP) — A man and a woman are in critical condition after a shooting inside a spa in Oakland, officials said.

Police received a call a little after 10 a.m. of a shooting in progress at Kume Spa and entered the business several minutes later and found the two victims.

There was no immediate information on the shooter, the East Bay Times reported.

Both victims were brought out in gurneys and taken to a hospital. Other people were seen being escorted by police out of the spa, the newspaper reported.

At least one of the bullets was found lodged in the wall of a coffee shop next door.

Woman survives Miami car crash then jumps to her death

A man found dead in the grove