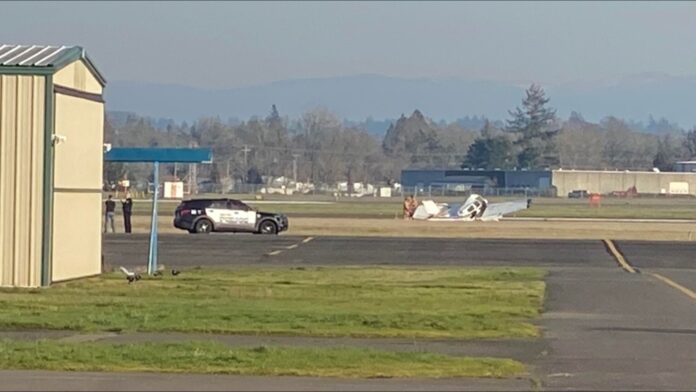 SALEM, Ore. (AP) — A small plane crashed near the end of the runway at the Salem airport, killing both people on board, police said.

Witnesses said the plane had been trying to land when it crashed, according to a statement from Salem polic e. Both people on board were declared dead at the scene.