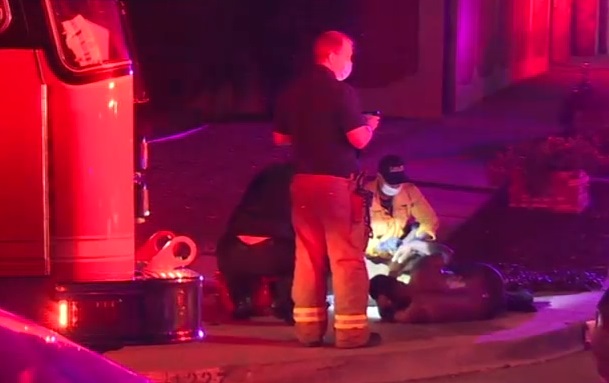 INGLEWOOD, Calif. (AP) — Four people were killed and one was wounded when multiple shooters opened fire at a house party near Los Angeles, authorities said.

Police responded around 1:30 a.m. to reports of shots fired at a home in the city of Inglewood, Mayor James Butts told reporters.

Two women and two men were shot and killed and another man was hospitalized in critical condition and expected to survive.

Butts called the shooting an “ambush” involving multiple weapons including a rifle and a handgun. The mayor described the incident as the worst single shooting crime in Inglewood since the 1990s.

“These are sociopathic killers that have to be sequestered from society,” Butts said of the shooters.

Police haven’t released a potential motive or said if any of the victims were targeted. The man who survived admitted being a member of a street gang in another city and investigators are trying to determine if the shooting was gang related, CBS2 said.

Inglewood is a city of about 100,000 people 10 miles (16 km) southeast of downtown Los Angeles. It’s home to SoFi Stadium, where the Super Bowl will be played next month.

A father rapes his daughter on her birthday in north Carolina

Get out and enjoy: Near-perfect holiday forecast for Charlotte continues Sunday