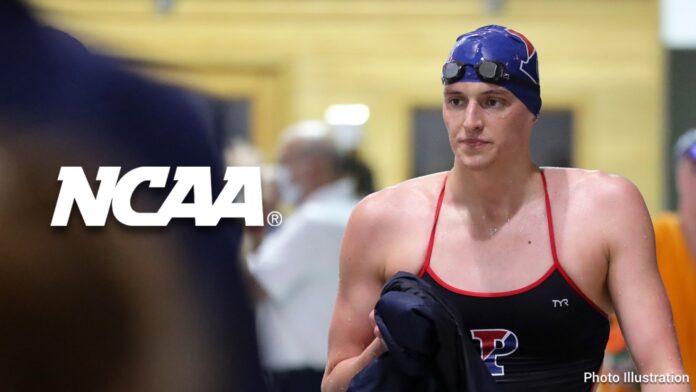 A female athlete is fighting back against the NCAA’S decision to update its transgender participation policy.
Chelsea Mitchell, a college athlete who as a high school student sued several Connecticut districts, and the state’s athletic conference, to stop trans athletes from competing in women’s sports, argued that the NCAA’s decision is “disappointing” and that the policy “isn’t protecting women.”
“In high school, I raced against transgender athletes all four years of my high school career, and I lost four state championships…countless other opportunities to advance and compete,” Mitchell told “America Reports,”
“It’s really disappointing that the NCAA didn’t take this opportunity to stand up and protect women and girls.”
The NCAA’s revised policy on transgender athletes was approved by its Board of Governors on Wednesday. The new approach to allowing transgender athletes will follow a sport-by-sport model similarly adopted by the U.S. and International Olympic committees. Trans athletes are now required to document sport-specific testosterone levels before championship selections.
“There’s no amount of hormone suppressants that can overcome the physical advantages that a man has over a woman,” Kristen Waggoner, ADF general counsel and Mitchell’s attorney, told “America Reports” co-host Sandra Smith.
The NCAA should be ashamed of themselves today, and they have violated their legal obligations they have to student female athletes.
The attorney added that the law requires the NCAA to “stand up for women.”
“It’s not just about who wins the races,” Waggoner noted. “We’re talking about women pushed off the podium, but also not even getting a place on the playing field, and that’s wrong.”
Meanwhile, Olympic gold medalist Caitlyn Jenner, when asked about the success of trans swimmer Lia Thomas, has spoken out against transgender athletes born biological males participating in women’s sports.
She was born a biological boy,” Jenner pointed out. “She was raised as a biological boy. Her cardiovascular system is bigger, her respiratory system is bigger, her hands are bigger, she can swim faster. That’s a known.”
Mitchell said she shared Jenner’s views.
“I completely agree. These biological differences are why we have sex-separated sports,” Mitchell told Smith. “The advantage is very obvious. Racing against these transgender athletes…the differences are [incomparable].”
In May 2021, the Connecticut collegiate athlete published an op-ed titled, “I Was the Fastest Girl in Connecticut. But Transgender Athletes Made it an Unfair Fight.” Mitchell was the first case challenging transgender policies in athletics.
“Sports is all about fairness, and it isn’t fair to put a biological male in the female category, and that’s why we have sex-separated sports,” Mitchell concluded.
“There’s a place for everyone in sports, but the question is ‘where’s it the [fairest]?’ And it isn’t fair to have these transgender athletes in the female category.”

A man was shot through a window in West Pullman