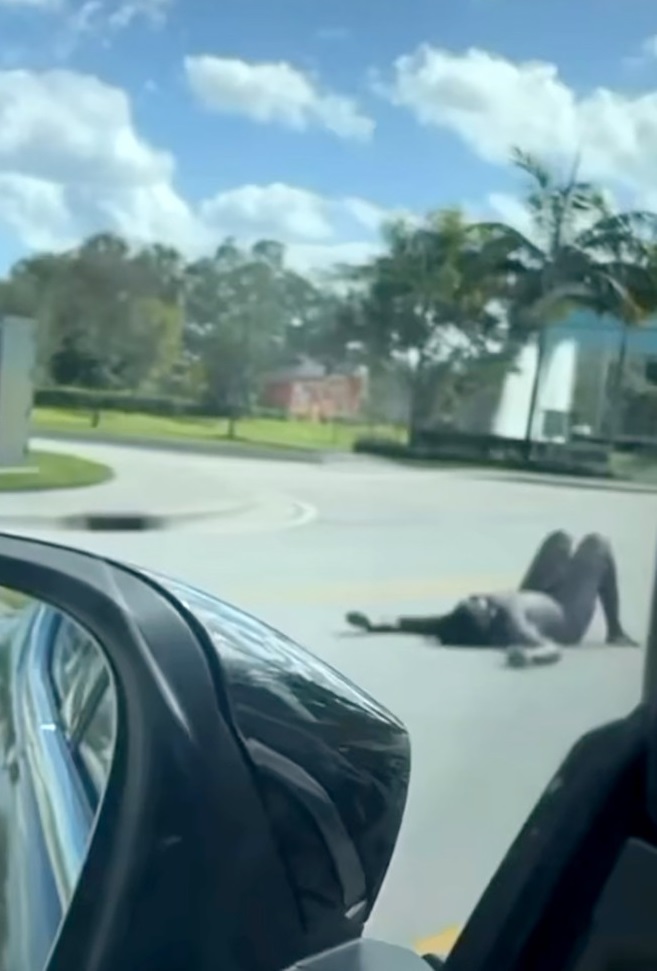 Browns defensive tackle Malik McDowell was arrested in Florida on charges of beating a deputy and public exposure. Video has emerged of his arrest, in which he was completely naked.

TMZ published video of McDowell’s arrest, which shows him writhing on the ground while handcuffed in the presence of about a half-dozen officers.

At one point in the video, McDowell can be seen resisting his position, and an officer appears to kick him to keep him down.

According to the South Florida Sun-Sentinel, McDowell was arrested in Deerfield Beach, a town about 25 minutes north of Fort Lauderdale.

Police accused McDowell of a “violent attack” on a deputy that left the officer “dazed.” The deputy alleged McDowell “charged at me … at full speed with closed fist.”

Video obtained by The Post prior to the arrest shows McDowell walking naked down the street.

The narrator of the video says that McDowell fought with police, and then says: “He’s about to get tased right now. They tased him, bro.”

McDowell was allegedly walking naked near a student learning center, and entered the property while naked. The deputy said he used his taser and handcuffed McDowell after being charged at.

“Apparently somebody may have slipped him something or given him something he was unaware of, which explains some of his bizarre behavior,” McDowell’s defense attorney said.

The Browns released a statement regarding McDowell, who was under contract for just one season, saying they were looking into the arrest.

“We are aware of the very concerning incident and arrest involving Malik McDowell and are in the process of gathering more information,” the statement read. “We understand the severity of this matter and our thoughts are for the well-being of all involved. We will have no further comment at this time.”

McDowell, a Detroit native who played in college at Michigan State, has had previous arrests. In 2017, he was charged with DUI in Michigan and disorderly conduct in Atlanta after an incident at a nightclub. He was also arrested for operating a vehicle while intoxicated in 2019 and spent 66 days in jail. McDowell was also arrested in July 2019 for resisting arrest.

McDowell was a second round pick of the Seahawks in 2017. Due to injuries and his arrests, McDowell had not appeared in an NFL game until this season with the Browns, who signed him in May.

This season, McDowell appeared in 15 games, recording three sacks and 19 solo tackles. He will be an unrestricted free agent this offseason.

He is charged with violence and battery on a law enforcement officer, exposing himself in public and resisting arrest.

Male shot and killed in Cradock area of Portsmouth

One dead after Scranton crash

15 years old at shoot on fire in St. Louis