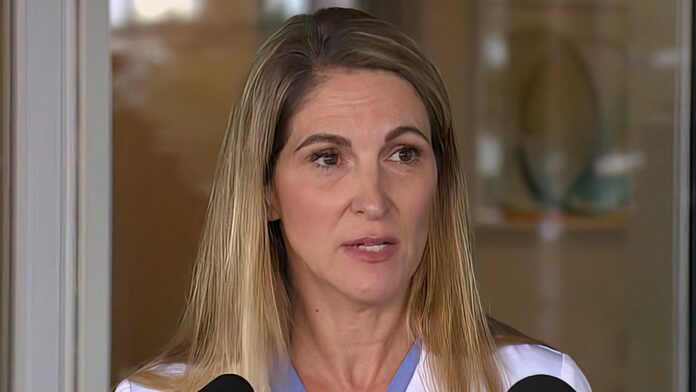 A Houston doctor previously in the spotlight after being suspended by Houston Methodist Hospital after they accused her of spreading COVID-19 “misinformation” is now suing the institution.

Bowden’s lawsuit asks for data from Methodist hospital detailing the effects of the vaccines and financial reports.

She held provisional privileges at Houston Methodist prior to her resignation in mid-November 2021 after a public dispute with the hospital.

Houston Method Hospital wrote in a series of tweets in November that Bowden had been using her social media to express political opinions about the COVID-19 vaccine and treatments, the TV station reports. Houston Methodist accused the doctor of “spreading dangerous misinformation which is not based in science.”

Bowden said, “Vaccine mandates are wrong” and highlighted her battle to prescribe patients Ivermectin, a controversial drug hailed as a coronavirus treatment option by some

Methodist hospital said Bowden had never admitted a patient at the hospital.

Bowden held a press conference in November and said the way Methodist hospital handled the situation led to her name being “vilified” and people calling her “the sister of the devil.” She said her focus was on treating the unvaccinated and she wanted to “eliminate the mandates” and let “people have a choice.”

More than 30 US states file a monopoly lawsuit against “Google”