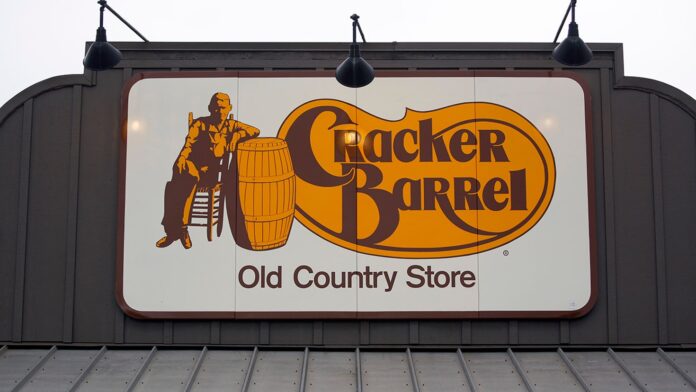 The person authorities believe shot and killed a beloved Texas Cracker Barrel employee was killed by deputies on Monday, a report said.
the Harris County Sheriff Ed Gonzalez, said the officer-involved shooting occurred near Atascocita High School after a Dodge Charger that matched the description of the vehicle used in the incident was located.
Authorities said the suspect, who had two open felony warrants, “had a weapon and was pointing it at officers.”
Robin Baucom, 59, a grandmother and associate manager at the Houston location, was killed opening the Harris County store on Saturday. She had worked in the restaurant for more than three decades.
A car pulled up while another employee was entering the store before business hours, and someone jumped out of it and tried to take the employee’s purse.
Baucom, who was inside, sprung into action and tried to open the front door so the co-worker could enter. The suspect apparently followed the first employee inside, and when Baucom attempted to push the suspect away, she was shot in the chest, KTRK reported.
Her family remembered her as loving and supportive.
“The greatest love a person can have is giving their life for another person, and that’ exactly what she did,” said Billy Crumpton, Baucom’s brother, according to Fox 26 Houston.
Cracker Barrel told Fox New: “All of Cracker Barrel is solely focused on supporting our manager’s family, her fellow employees, and local law enforcement as we grapple with this tragedy and grieve.”

A man was found dead in the car after the shooting