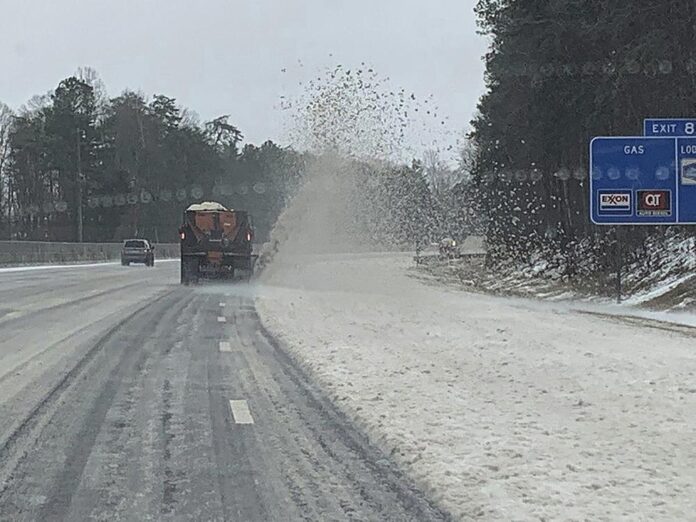 A winter storm making its way through the Southeastern portion of the United States has left hundreds of thousands of people without power.

Across the Southeast, there were more than 200,000 power outages reported across the region as of Sunday afternoon as a result of the winter storm, according to PowerOutage.us.

North Carolina Gov. Roy Cooper said that over 41,000 homes and businesses were without power during a press conference at noon, and said that shelters are open around the state for people who don’t have power or heat.

In one portion of Interstate 95 in North Carolina, Cooper said that a short section was closed because of power lines that were low-hanging and covered with ice.

In the central and western portions of the state, roads are covered with ice, the North Carolina Transportation Secretary J. Eric Boyette said.

Some counties in North Carolina saw 8 to 12 inches of snow, and ice is causing issues in the central portion of the state.

The Williamson County Sheriff’s Office in Franklin, Tennessee said that there are multiple reports of wrecked and abandoned cars across the snow-covered roads in the area.

‘Treehouse in the sky’: California home sells for $2 million over asking price

A speeding driver dies in a crash on Dallas Central Highway