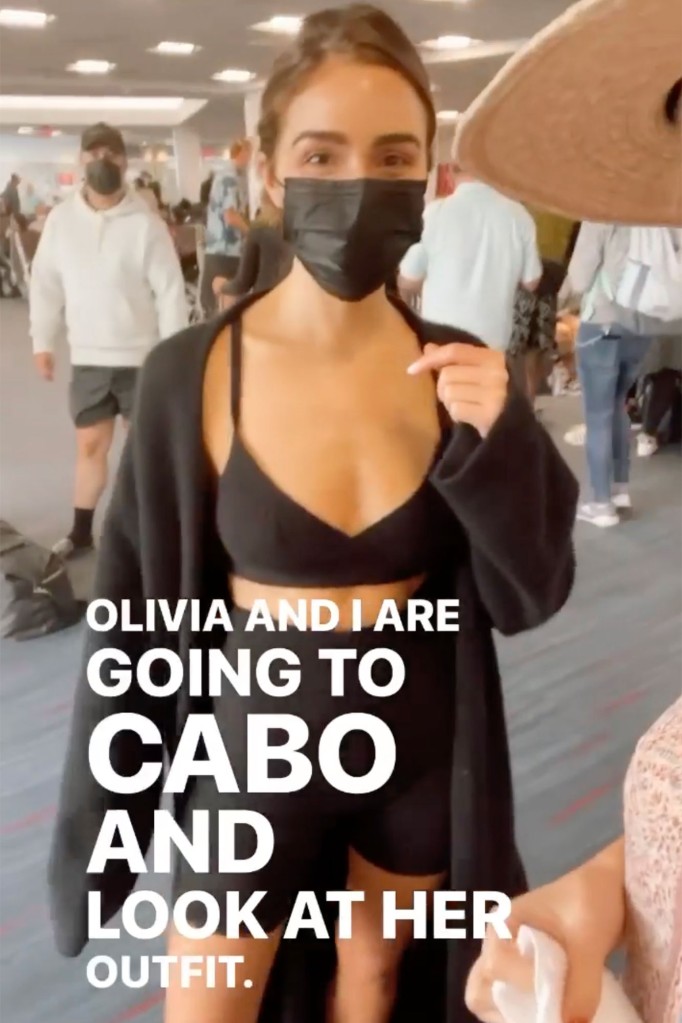 Olivia Culpo was made to “cover up” before boarding a flight to Cabo San Lucas with her family, according to her sister Aurora.

In footage shared by Aurora on her Instagram stories, the concerned sibling revealed that Olivia was called to the front of their gate only to be told to put on a blouse, or risk being prohibited from flying, a move Aurora called “f–ked up.”

The former Miss Universe, 29, is seen in the clip wearing a look from Naked Cashmere, including a long black cardigan, bralette and shorts, items her sister didn’t find “inappropriate” or “offensive.”

The following clip shows the Sports Illustrated cover girl covering herself with a grey hoodie while comparing her original outfit to another passenger in a similar look.

“That’s weird,” the woman said of AA’s request for Culpo to cover up, admitting that her own outfit was lower cut than the celeb’s.

Olivia took it all in stride, re-posting her sister’s stories to her own Instagram account alongside caption, “Leave it to Aurora to cause a scene. Hide me.”

Culpo was also joined by boyfriend Christian McCaffrey of the Carolina Panthers. The city must be a favorite destination for the couple, as the pair also vacationed in Cabo in February 2021.

The pair commemorated their two-year anniversary in July 2021, with Culpo gushing over the NFL player.

“Getting to see you work your butt off every single day to make your dreams come true has been such an inspiration to me and your sincerity in everything you do makes me feel like the luckiest girl in the world,” she confessed.

Sources: US to recommend COVID vaccine boosters at 8 months

10-year-old plays dead after her sister and parents killed

Fed at July meeting discussed pulling back on bond purchases