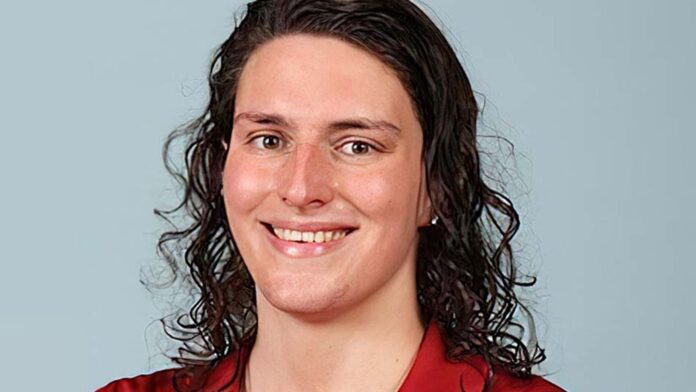 Women’s sports advocates are speaking out against the National Collegiate Athletic Association (NCAA) and its rules on transgender student athlete participation ahead of the NCAA Championships this March, warning that the future of women’s sports is in danger if transgender swimmer Lia Thomas of the University of Pennsylvania is allowed to keep competing on the women’s team.

The Ivy League and University of Pennsylvania both released statements last week defending Thomas, who has been shattering records in women’s swimming ever since she was allowed to switch from the men’s to the women’s team under NCAA rules after undergoing testosterone suppression treatment.

Unlike Penn and the Ivy League, the NCAA has yet to weigh in on mounting criticism over its transgender athlete policy that critics argue threatens the very future of women’s sports.

Critics like Hogshead-Makar argue that athletes like Thomas should be placed in a separate category for trans athletes, or that competitions featuring a trans athlete should be designated as “exhibition contests,” which has to be agreed by both competing institutions and would mean that their times would not count as records and their place would not count as team points.

“It wouldn’t take away a slot from anybody else, but they would be able to be in the pool and compete,” Hogshead-Makar said. “Everybody would welcome that and everybody would be cheering for Lia. But right now, when she touches the wall, nobody cheers until the second-place finisher.

“She’s doing nothing to engender all of the acceptance and love and tolerance that one would hope for transgender people in employment, or in the classroom or any place else in society,” she continued. “If anything, she’s sort of rolling back that goodwill. People automatically want to have goodwill for a transgender person, but when they see this basic unfairness, it’s just not fair, and we’ve got the science and the statistics to prove it.”

Hogshead-Makar and other critics, like Swimming World editor-in-chief John Lohn, say Thomas has only rolled back her times roughly 2-3% since she left the men’s team and started testosterone suppression therapy, but that male swimmers typically record times that are more than 10% faster than women, meaning she still has a significant competitive edge over her biologically female competitors.

Thomas, who competed on the men’s team for three years before switching to the women’s team in 2020, has been receiving the treatment for nearly three years.

Hogshead-Makar pointed Fox News to a webinar about the NCAA policy last April featuring LaGwyn Durden, director of the NCAA Sport Science Institute, and Amy Wilson, managing director of the NCAA Office of Inclusion, in which Durden admitted the transgender policy was adopted without any significant research guiding its decision.

“This is definitely a complex issue,” Durden said at the time. “One reason why it’s so challenging is because the science/medical community really hasn’t reached a consensus on testosterone threshold. We don’t have a definitive answer about that. If there is a threshold, what should that threshold be? So that’s one piece that really makes this problematic when we are trying to develop policy.”

“The lack of research is another issue,” she continued. “And not to say that there’s no research there, but when we are taking a deeper dive and considering what’s important for our population of athletes, we aren’t finding the research that’s specific to collegiate athletes. If you drill down a bit more and talk about sport-specific impact, when you consider strength and power and possible cardiovascular benefits, when you think about a sport and look at a sprinter versus a distance runner, and having some of the specific, definitive research and studies to inform us when we’re trying to determine what’s the best policy for our student athletes. Those are really significant challenges we’re facing right now.”

“This is horrible for those UPenn girls … they’re probably under enormous peer pressure to say, ‘Oh yay, this is great. Good for Lia.’ But it’s wrong,” former USA Swimming official Cynthia Millen, who resigned in protest last month after three decades officiating swim meets with the organization, told Fox News Digital in a phone interview Wednesday.

Millen says male swimmers are generally faster than women, because they have more fast-twitch muscle fibers that are beneficial during shorter bursts of exertion, like in swimming.

“From the very beginning, boys and girls are different in the way they swim. This isn’t chess,” she said. “We’ve had some pretty fast girls as Olympians, but the boys will always beat them off the blocks.”

Millen said she’s received an outpouring of support, albeit quietly, from swim officials and swimmers since she publicly resigned but that people need to “get over their fear” and stop being so afraid to speak out against unfairness in women’s sports.

“This is unsound science being heralded by some people as liberation – it’s not. You’re not being phobic in any way to say the truth,” she said. “I don’t give one crap what people say about me. I have nothing to lose. But say you’re a young coach coming up, you want to just kind of toe the line. I think they have to burst that bubble.”

“We’re the grownups here. Shame on you, NCAA,” she added.

Linda Blade, a Canada-based sports performance coach and kinesiologist, said the NCAA’s transgender policy was “poorly conceived” and athletes like Thomas are taking advantage of it.

“Self-identity is not of primary concern in sports. What we care about is the fundamental biological blueprint that predestines an athlete to be either male or female from conception onward,” Blade wrote in a Tuesday op-ed that she also shared with Fox News Digital. “The distinction between male versus female biological design is categorical; in the same way that, say, a NASCAR vehicle is distinct from an F1 car in auto racing,” said Blade, who is a former All American in NCAA track.

“The way to ensure full ‘inclusion’ while maintaining the integrity of women’s sports is to convert the men’s category into ‘open’ (for men, transwomen, and other identities) and keep the women’s category restricted to the ‘female’ athlete (and no doping allowed). Until a non-binary solution is developed for sports eligibility, this ‘Open’ and ‘Female’ system will ensure that any competitor with a novel identity claim (and there will be more) does not bring with him or her a competitive advantage.”

The NCAA and its Board of Governors did not respond to Fox News Digital’s multiple requests for comment.

Charlotte Knights to honor 13 fallen US soldiers at Tuesday game