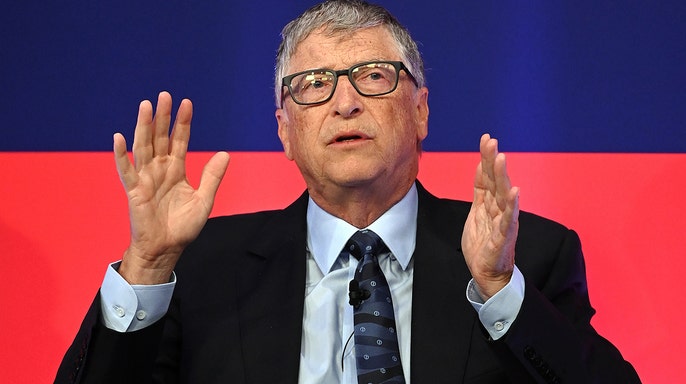 Bill Gates, who donated $1.75 billion to COVID-19 vaccine development and fighting the pandemic, said this week that while the currently available vaccines prevent severe illness and death, they aren’t durable enough and should be better at preventing infection.
The Microsoft founder, whose net worth Forbes pegs at $135.9 billion, made the comments in a Twitter discussion with Devi Sridhar, the chair of global public health at the University of Edinburgh Medical School.
“The vaccines we have prevent severe disease and death very well but they are missing two key things,” Gates said to a question about what would make the biggest difference in ending the pandemic.
“First they still allow infections (‘breakthrough’) and the duration appears to be limited. We need vaccines that prevent re-infection and have many years of duration.”
A recent University of Copenhagen study found that the rapid spread of the omicron variant, which is now responsible for 98.3% of new cases in the United States, according to the CDC, is likely due to its ability to better evade immunity offered by vaccines and prior infection than previous variants.
Gates noted that omicron will challenge health systems as it becomes the dominant strain in other countries around the world, but might allow health officials to start treating COVID-19 the same way they track endemic viruses like influenza.
Once Omicron goes through a country then the rest of the year should see far fewer cases so Covid can be treated more like seasonal flu,” Gates said
Spanish Prime Minister Pedro Sánchez urged European leaders this week to start treating COVID-19 as an endemic virus instead of a pandemic, saying that health officials in Spain will soon start tracking it the same way they do the flu
Nadhim Zahawi, the former British minister for vaccine deployment and current education secretary, told Sky News on Sunday that he hopes the United Kingdom “will be one of the first major economies to demonstrate to the world how you transition from pandemic to endemic.”
Gates gave a prescient Ted Talk in 2015 warning about the threat of a pandemic, saying that if “anything kills over 10 million people in the next few decades, it’s most likely to be a highly infectious virus rather than a war.”
His philanthropic organization, the Bill & Melinda Gates Foundation, donated $1.75 billion to fighting the pandemic and developing COVID-19 vaccines.
About two-thirds of the U.S. population older than 5 are fully vaccinated against COVID-19 and 79.2% have received at least one dose, according to CDC data. Of those who are fully vaccinated over the age of 18, 39.8% have received a booster dose.

Over half of North Carolinians believe military action in Afghanistan was not worth the...