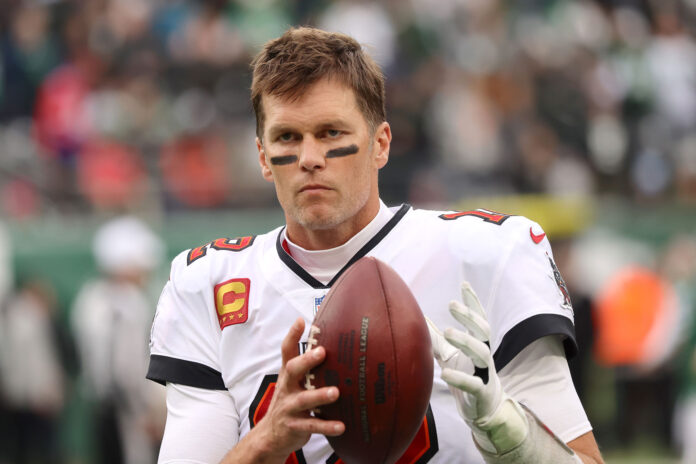 And you thought the Antonio Brown drama was over.

The now-ex Buccaneers receiver launched into another public tirade against his former team after they released him Thursday. This time, Brown, who stormed off the field mid-game against the Jets, went after his Tampa Bay quarterback – and biggest advocate – Tom Brady.

“To me, a friend is someone who’s got your back,” Brown said on Friday’s episode of the “Full Send Podcast.” “Not everybody in sports is going to be your friend. Tom Brady’s my friend why? Because I’m a good football player. He needs me to play football. People have different meanings of what friendship is.”

Brady was largely responsible for Brown landing in Tampa Bay during the 2020 season, signing a one-year deal prior to the team’s Super Bowl run. The quarterback invited Brown to live with him and his family in Florida and convinced the Bucs to sign him – despite head coach Bruce Arians previously calling him a “diva.”

Brown, however, doesn’t seem to appreciate his quarterback’s actions. Appearing on Clubhouse with Kazeem Famuyide, Ashley Nicole Moss, and Sean Brown, he seemed to imply Brady didn’t do enough.

“You can’t really expect anyone to be your friend in the business of football,” Brown said. “In the business of football, our business is winning. Brady and I like winning. We have that in common. That’s what makes me want to be around him, makes us jell, makes us great. I’m out here getting prove-it contracts, you say you’re my friend, I shouldn’t be playing on that type of deal when I came here and we won a Super Bowl.”

The 33-year-old receiver already had a laundry list of off-field issues, and was unemployed for a season and a half before signing with the Bucs after sexual assault allegations were revealed. It’s reasonable to argue that Brown wouldn’t have gotten another NFL chance if not for Brady, which the receiver admitted was true.

“Brady is the general manager,” Brown said on the Full Send Podcast. “He’s the guy my agent made the contract with, he’s the middleman and politician. I talked to Tom, and he knows I’m not going to play.”

Since signing the deal, Brown was able to keep his antics reasonably under control for about a calendar year. During the season, though, he was suspended three games for using a fake COVID-19 vaccination card. Then came Sunday’s infamous meltdown at MetLife Stadium, where he stormed off the field — and off the team’s roster — following a sideline dispute with the coaching staff.

Brown also continued attacking Arians on Full Send, whom he has claimed forced him to play through an ankle injury.

“Imagine the guy who you think has your back, who you flew here with to do a mission, and they know your situation, and you get there and you’re battling with them, that he tells you that because you can’t go to war with them, he tells you to get the f–k out of there?” Brown said. “I’m an alpha male. If you discriminate on my public image and my name, at that point, it’s f–k you too professionally.”

Arians has denied Brown’s claims, saying, “at no point in time during that game did he ever ask the trainer or doctor about his ankle.”

Car falls from Los Angeles parking garage, authorities respond to find no one at...

Chinese vaccine arrives in Hungary, a first in the EU