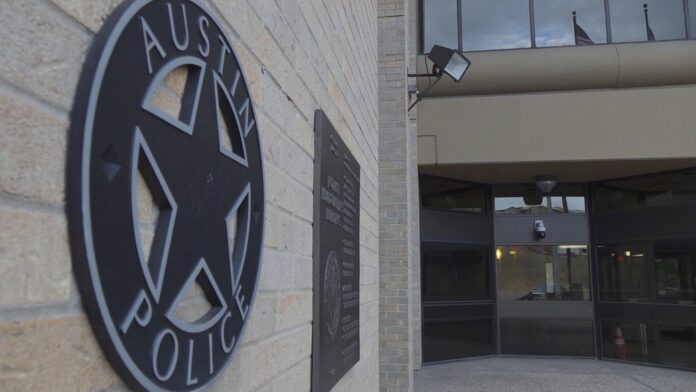 A homeless, convicted sexual predator, arrested in Austin, Texas, for felony sexual assault of a child had his bond set at $50,000 by a magistrate judge in late December, despite a previous judge having earlier recommended a $1,000,000 bond.

“It’s just unconscionable that a judge that took an oath to keep the community safe, to protect children, would do something that would take a known career criminal and violent predator and put him back out in the street,” Austin Police Department Senior Officer Justin Berry told Fox News. “It’s just appalling.”

The magistrate said she followed the proper procedures when considering the bond.

Austin Police dispatched to a Dec. 27 criminal trespass call where they reported witnessing Ronald Martin Jr., a convicted sex offender, “performing oral sex on what appeared to be a young juvenile male,” an affidavit reviewed by Fox News stated.

Police booked Martin on Dec. 28 into the Travis County jail on an open warrant for failure to register as a sex offender while they continued to investigate the new allegation. Martin, who is listed as a lifetime high-risk sexual offender by the Texas Department of Public Safety, has previous convictions for multiple child sex crime convictions, including at least one with a 7-year boy, according to the Texas Department of Public Safety.

Police later identified the juvenile in the alleged December assault as a 14-year-old from Kentucky. He said he met Martin on Instagram, where he went by the aliases of “Jaden” and “Kevin,” according to an interview with police.

The boy told investigators that Martin “asked him to send pictures of his penis” via Instagram, the Telegram app and text message.

The boy told police that Martin traveled to a church close to his home, where he picked the boy up and paid for two Greyhound bus tickets to Austin. The boy reported that Martin anally and orally sexually assaulted him.

Following interviews with Martin and the boy, Austin municipal court Judge Patrick McNelis signed a warrant for Martin’s arrest for second-degree felony sexual assault of a child. McNelis also signed a recommended bond of $1 million citing, in part, that “the defendant is currently in custody for failure to register as a sex offender.”

The next day, Martin appeared for a bond hearing before Judge Christyne Harris Schultz. She signed off on a $50,000 surety bond for Martin, which meant he could walk free if he posted just 10% of the bond amount, or $5,000.

The bond contained several conditions, including that Martin wear a GPS monitor and not contact the alleged victim or have unsupervised contact with minors.

“As a judge, I follow the code of criminal procedure, in every case,” Harris Schultz told Fox News in a phone call. “And in determining the amount and the conditions of bail, [I] consider the financial resources and their ability to make bail, and the safety of the community and the alleged victim as well.”

Berry told Fox News: “One of the officers I’ve talked to involved in this case … is deeply hurt. They spent a lot of time with the victim in this case, and they feel hopeless.”

Low bail set by judges for sexual offenders like Martin leaves Austin officers with “a sense of hopelessness,” Berry, who is running as a Republican for a seat in the Texas state legislature, added.

Austin has a “culture” issue when it comes to policing and crime, he said. He highlighted that city judges are appointed by the city council, which he believes is taking a relaxed approach to crime.

“The culture has really got to change,” Berry, who clarified that he is not the department’s spokesman, told Fox News. “I think [the] city of Austin, our elected officials, really got to stop meddling” and stop giving “woke dictations to our magistrates.”

Martin remains in jail on a $50,000 bond for the sexual assault charge and $10,000 for his alleged failure to register as a sex offender. His next court hearing on the assault charge is scheduled for Jan. 20.

A man was killed in a shooting attack in Minneapolis

Chiefs-Browns game: What fans need to know for the home opener at Arrowhead Stadium