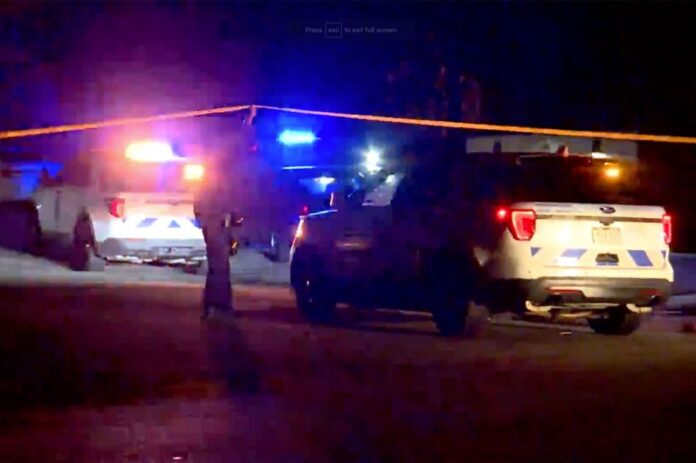 Five people are dead — including the shooter — after a gunman went on a shooting spree across the Denver metro area on night, officials confirmed.
Two women were killed and one man was injured in the first shooting near 1st Avenue and Broadway, Denver Police Department Chief Paul Pazen told local outlets. Shortly after, another man was shot and killed near the intersection of 12th Avenue and Williams Street.
In neighboring Lakewood where the spree ended two hours later, police said two others are dead, including the shooter.
The suspect fled into the Belmar Shopping center in Lakewood, firing at officers as he ran into a business, according to reports. He shot a store clerk and a Lakewood police officer, who are both in the hospital undergoing surgery.
Officers exchanged gunfire with the gunman near 8th Avenue and Zuni Street in Denver. There was also another shooting at Colfax Avenue and Kipling Street, officials said
Police confirmed that the shootings are connected and believe it was one individual who acted alone at this time. However, cops are reportedly searching the area near Target in Belmar for possible additional suspects.
“This one individual was responsible for this very violent crime spree that took place this evening,” Pazen said.
No other details were immediately available.

Fireplace Brush is not a place for the homeless to camp