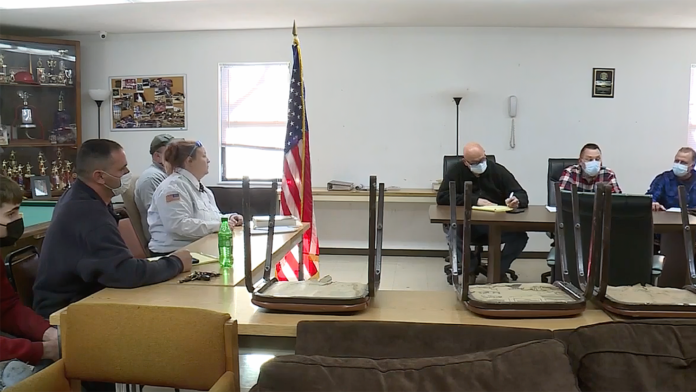 Ten out of 13 firefighters with a volunteer Illinois department have quit after their chief was replaced by a man once convicted of arson.

Fire Chief John Rosenkranz was removed from his post and replaced with Assistant Chief Jerame Simmons, at a fire district board meeting in East Carondelet, FOX 2 reports. The newly-appointed fire chief pleaded guilty to arson more than 20 years ago when he was just 18. The two can be seen in video seated at the same table when the change was made.

Jerame Simmons is reportedly the son of Herb Simmons, who is the long-time director of the St. Clair County Emergency Management Agency. He was accused of setting fire to a vacant home and setting another, smaller fire, at Dupo High School. He served probation, but said Illinois Governor J.B. Pritzker has since pardoned him.

Former chief Rosenkranz called the decision, “appalling and disgusting.” He doesn’t believe the community will have adequate fire protection as a result of the mass resignations. He did not expect the replacement decision to come down days before Christmas.

In a letter posted to Prairie Du Pont Volunteer Fire’s Facebook page, the board of trustees said: “In taking this step, the board does not act lightly. While the board appreciates the prior service of Chief Rosenkranz, it has become apparent to the board over the last few months that a change in the fire department’s leadership is needed.

Rosenkranz said he was not given a reason behind his firing. Nearby fire department chiefs have said their departments would help fill any gaps in coverage left by the resignations.