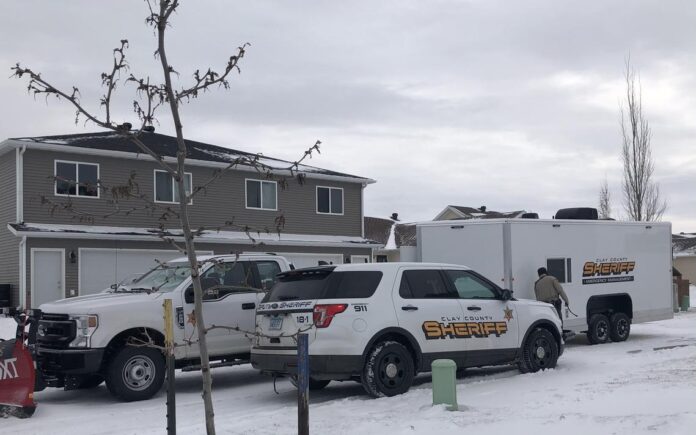 A 2021 MACCRAY graduate has been identified by family as one of the seven found dead over the weekend in a Moorhead home.

Mariela Guzman Pinto, 19, graduated in May of 2021 from MACCRAY High School in Clara City, according to a GoFundMe page set up Monday to help her family. The page can be found at GoFundMe.com by searching “Funeral funds for Mariela” or bit.ly/3yOgqS1.

According to the GoFundMe page for the family, Mariela was living with an aunt and uncle, who were also found dead. According to the page, the seven died due to carbon monoxide poisoning, though officials have not yet publicly acknowledged a cause of death.

Guzman Pinto’s mother, Dilcia, along with her two sisters, reside in Raymond and the girls are students in the MACCRAY School District, according to the GoFundMe page which has raised more than $1,600.

A GoFundMe page was also created Sunday to raise money for the Hernandez-Pinto family’s funeral costs. Within 21 hours of the fundraiser being created, more than $13,000 had been raised toward a goal of $50,000. The “Funeral costs” page can be found at GoFundMe.com or bit.ly/3sm17Pr.

The bodies were sent to the Ramsey County Medical Examiner’s Office in St. Paul to determine a cause of death. It’s unclear when police will receive the autopsy results.

Investigators said there was no forced entry to the home and they ruled out violence as the cause of death.

There is no threat to the public, police said.

Shortly before 8 p.m., Moorhead police responded to the family’s home after relatives checking on the family found their bodies.

The children were students at Reinertsen Elementary and Moorhead High School, according to a statement from Moorhead Area Public Schools. “We are pulling together a crisis team to provide support and grief counselors for students and staff at the impacted schools throughout the week,” the district said.

Police confirmed to The Forum of Fargo-Moorhead that officers called the Moorhead Fire Department shortly before 1 a.m. Sunday to the home for a carbon monoxide detector check. Police Capt. Deric Swenson declined to comment on the results of that check, deferring questions on that matter to the Fire Department.

While there are some exemptions, Minnesota law requires single-family homes and every unit in multi-family dwellings to have carbon monoxide alarms installed. The owners of multifamily units are responsible for providing and installing the alarms within 10 feet of each room “lawfully used for sleeping” and replacing the detectors before a tenant moves in.

Occupants must keep, maintain and replace the detectors while living in the homes.

It appears the Hernandez-Pinto family was renting the home. Moorhead and Clay County records indicate the twin home was owned by JEM Property Development.

The last rental inspection of the property was completed Sept. 23, 2020. City inspectors found that the unit was largely in compliance with city code, but that the bathroom fans in the main floor and upstairs hallway were not working and needed to be serviced, according to an inspection report. It’s unclear if that problem was addressed.

A self-inspection was scheduled for Sept. 23, but records do not show whether it was done.

JEM Property didn’t return a message left The Forum. Jason Ennen, an Advantage Realtors agent who is listed in Moorhead permit records as the responsible party, said he would like to speak with a detective before he spoke to The Forum about the incident.

US tries to make nice with France after Australia sub snub

2 adults, 2 children are found murdered in a West Virginia home