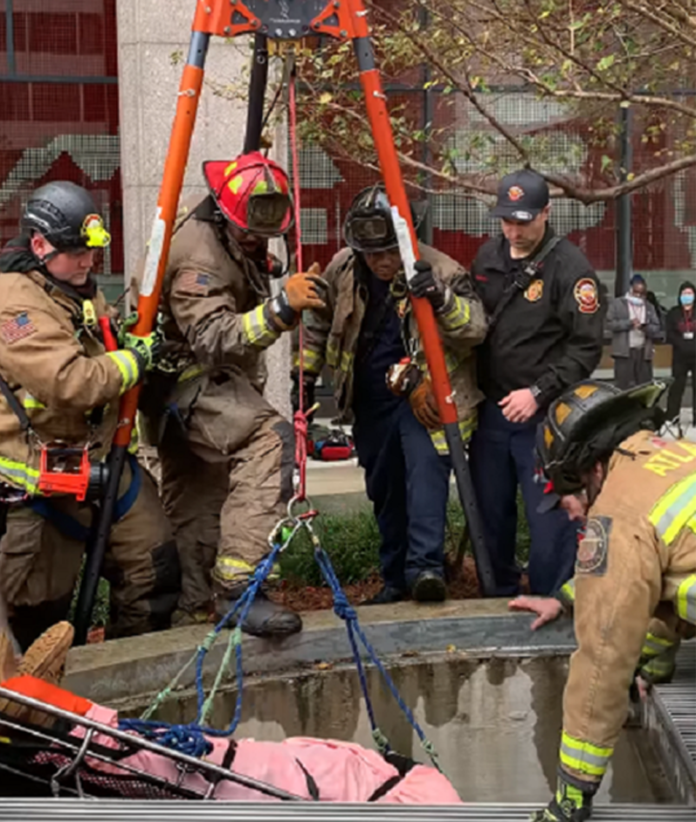 Atlanta’s fire department has posted a dramatic video showing the rescue of a man who fell around 15 to 20 feet down an air shaft.

The incident happened around 10:30 a.m. at Coca-Cola’s company headquarters, according to Fox5 Atlanta.

“After a thorough assessment, it was determined extrication must happen vertically with assistance from nearly 40 firefighters,” the Atlanta Fire Rescue Department posted on Facebook.

Video footage released by the department showed a firefighter rappelling down an air shaft before the victim was lifted out in a stretcher.

The man reportedly suffered a leg injury and was taken to a local hospital for treatment.

Town of Normal looking for students, mentors and volunteers for Youth on a Mission...