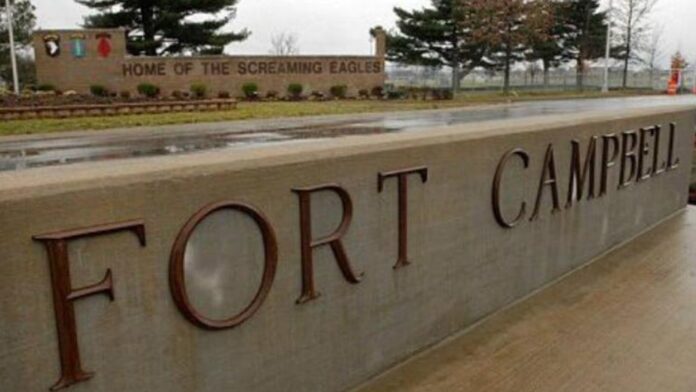 Army soldiers trained at Fort Campbell along the Kentucky and Tennessee lines were reportedly killed when he and another soldier were attacked by a military vehicle.

The deceased soldier was identified as a Spc. James Roberts, 26, from Nashville, who was assigned to FOX 17, 101st Airborne Division, 3rd Brigade Combat Team, 33rd Cavalry Regiment, and 1st Fleet in Nashville, reported.

“Our prayers, thoughts, and unchanging support are in the Roberts family,” Lt. Col. Jason Schaff, commander of the Roberts squadron, said in a statement, according to FOX 17. Many friends of the squadron. His loss leaves a scar on our hearts. “

The details of the accident were not immediately known.

The second unidentified soldier was treated in the hospital for injury and released.

Roberts joined the Army in September 2018 as a military intelligence analyst. He was on duty after training at Fort Jackson in South Carolina and Fort Huachuka in Arizona

According to the report, Roberts was deployed on the US-Mexico border in 2020 as part of the Department of Homeland Security’s work.

Roberts’ survivors include his wife, son, and mother, the report added.

According to ClarksvilleNow.com, an investigation by the US Army Combat Response Center was underway.

Fort Campbell hunter dies, another is injured after collision during training exercise

A Fort Campbell soldier died after a collision during a training accident. The civil service has designated the person as Spc, 26 years old. James T. Roberts.

A second soldier was also injured in the crash, which occurred around 2:30 a.m. at the Fort Campbell training area, the Public Affairs Staff of the 101st Airborne Division (Air Assault) said in a statement on Thursday. Five. They added that the second solid is in a stable condition.

The accident is being investigated by the 101st Airborne Division.

Roberts left behind his wife, son and mother.

BREAKING: Caretaker charged with murder after woman’s body is found entombed in concrete