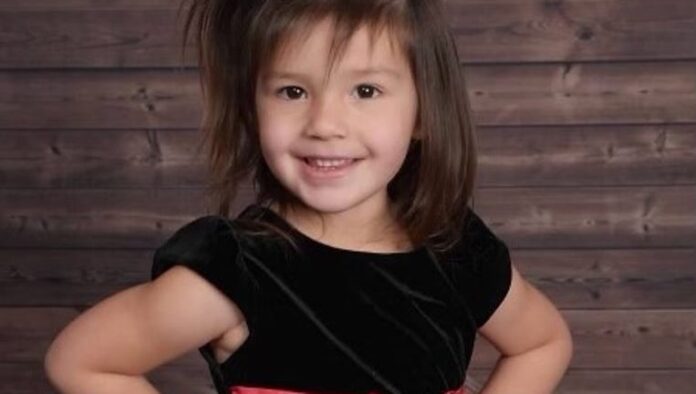 Washington state officials called off the search for a missing 5-year-old girl after her sister told authorities she was “eaten by wolves” and is “no more.”

Her 6-year-old sister told her principal’s daughter “Oakley is no more,” and she “had gone out into the woods and had been eaten by wolves,” according to police records obtained by Seattle’s KCPQ. She also reportedly told police that their mother, Jordan Bowers, “told her not to talk about Oakley.”

The missing girl’s 9-year-old brother told authorities that her mother “beat Oakley with a belt,” and would “put Oakley in the closet, possibly under a stairwell,” according to the report. He also said he “has been worried about her starving,” the outlet reported.

Bowers and father Andrew Carlson were charged with second-degree child abandonment in connection with their care of her sister after they allegedly did not give her vital medicine for 15 months, and are being held under suspicion of manslaughter in Oakley’s disappearance, police said.

“The parents have given no indication that Oakley is in the care of an adult and cannot account for her whereabouts or condition,” sheriffs wrote last week.

Police reportedly called off a search in the area around the family’s Oakville home Monday in the wake of her siblings’ claims.

“The likelihood of Oakley Carlson being alive is not very good at this point,” Grays Harbor County Undersheriff Brad Johansson said

The parents of a 5-year-old girl have been taken into custody after their child’s disappearance southwest of Olympia was deemed suspicious, sheriff’s officials said.

The Olympian reports Jordan Bowers and Andrew Carlson of Oakville were arrested this week on suspicion of manslaughter, according to a Facebook post from the Grays Harbor Sheriff’s Office and an online jail roster.

The sheriff’s office said a “concerned citizen” asked police to conduct a welfare check on 5-year-old Oakley Carlson. The check prompted the parents’ arrest as people of interest in the investigation.

Detectives and rescuers are also searching the couple’s property. Detectives said they don’t know exactly when the child was last seen.

Oakville is about 29 miles (47 kilometers) southwest of Olympia.

Police aid mom who delivered baby in car outside hospital

‘Saigon all over again’: Biden criticized as Taliban retakes power