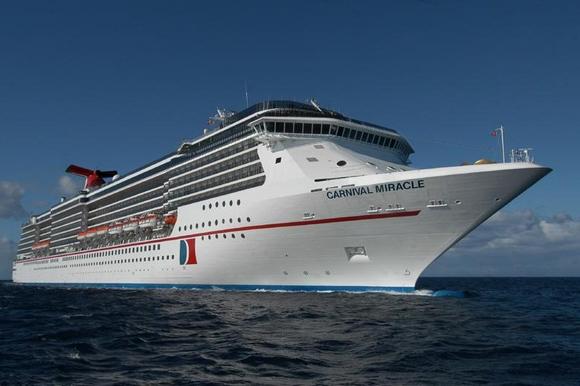 (UPI) — Search and rescue teams with the U.S. Coast Guard have returned from Mexico waters after an attempt to find a woman who went overboard on a Carnival cruise.

The woman, who has not yet been identified, fell from the balcony of her stateroom on the Carnival Miracle at about 3:30 a.m. near the coast of Ensenada, Mexico, the USCG said in a statement.

The Coast Guard had deployed an MH-60 Jayhawk helicopter the USCGC Forrest Rednour to aid the Mexican Navy in search operations through the night as fears mounted that the incident may have been the result of “foul play.”

“After 31+ hours of searching, #USCG assets are standing down pending additional information. USCG conducted first light searches this morning off the coast of Ensenada, Mexico with negative results. USCG assets are transiting back to U.S. waters,” the USCG in Southern California tweeted.

The Carnival Miracle had left the Long Beach Cruise Terminal on Thursday for a three-day cruise stopping in Ensenada and was scheduled to return.

The FBI waited for the ship to dock back in Long Beach to help with the investigation,.

Daniel Miranda, a firefighter paramedic who was a passenger on the ship, that passengers were awakened by an announcement over the ships speaker system notifying them that there was a person overboard and that the ship was stuck while the search was conducted.

“Someone has lost their life, whether it was done by accident or by foul play I don’t know – there’s some high suspicion of foul play,” Miranda said

According to Carnival’s website, the Miracle first sailed from on Feb. 27, 2004, and has a total capacity of 2,680 guests. It was not immediately clear how many passengers were on the cruise this weekend.

McDonald’s sales down 22 % Due coronavirus

2 killed in a plane crash near Telluride