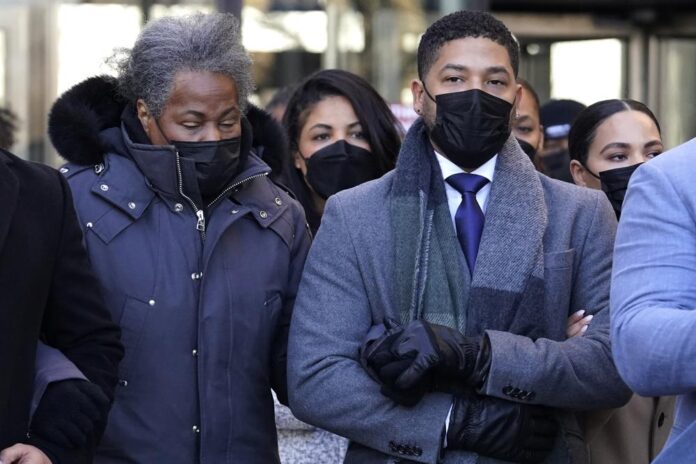 CHICAGO (AP) —The jury in Jussie Smollett’s trial reached a verdict on charges that the former “Empire” actor orchestrated a fake attack on himself, then lied to Chicago police about it, courthouse staff said. It was expected to be read aloud in court.

The jury deliberated for just over nine hours Wednesday and Thursday after a roughly one-week trial in which two brothers testified that Smollett recruited them to fake the attack near his home in downtown Chicago in January 2019. They said Smollett orchestrated the hoax, telling them to put a noose around his neck and rough him up in view of a surveillance camera, and that he said he wanted video of the hoax made public via social media.

Smollett testified that he was the victim of a real hate crime, telling jurors “there was no hoax.” He called the brothers “liars” and said the $3,500 check he wrote them was for meal and workout plans. His attorneys argued that the brothers attacked the actor — who is gay and Black — because they are homophobic and didn’t like “who he was.” They also alleged the brothers made up the story about the attack being staged to get money from Smollett, and that they said they wouldn’t testify against him if Smollett paid them each $1 million.

In closing arguments on Wednesday, a prosecutor told jurors there was “overwhelming evidence” that Smollett staged the attack, then lied to police about it for publicity. His defense attorney said prosecutors’ case was based on lies.

Two brothers testified last week that Smollett recruited them to fake the attack near his home in downtown Chicago. They said Smollett, who is Black and gay, told them to put a noose around his neck, yell racist and homophobic slurs, and rough him up in view of a surveillance camera.

Rapper Mo 3 was shot dead on the Dallas Highway

Indiana woman allegedly tracks boyfriend with AirTags, kills him after spotting him with another...