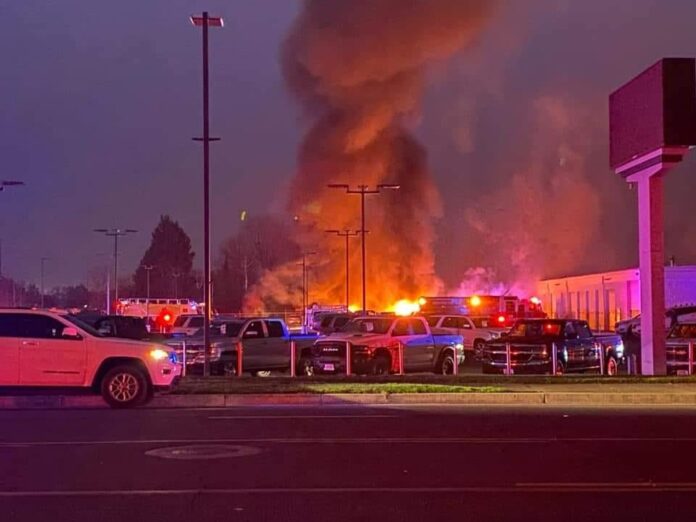 According to a statement, the plane involved was reportedly a nine-passenger propeller aircraft, which struck a lot near Airport Chevrolet,

Police said they don’t believe anyone was hurt on the ground or near the crash site. Initial information indicates to one person onboard the plane, but they couldn’t verify that.

Medford police did not respond immediately to queries.

An investigation is underway after a plane crashed into an auto dealership in Medford, Oregon, killing at least two people.

the crash at the the Airport Chevrolet happened.

“Upon arrival, we had at least 20 vehicles that were fully involved,” said Medford Fire Department Chief Eric Thompson. “We know that the aircraft took off from the Medford airport, they just filled up with fuel they had 128 gallons of fuel on board, and the incident occurred only a few minutes after they took off.”

Thompson said it was too early in the investigation to determine how many people were on board.

Thompson said the dealership was closed at the time of the crash and no one on the ground was injured.

The National Transportation Safety Board is on its way to the area.