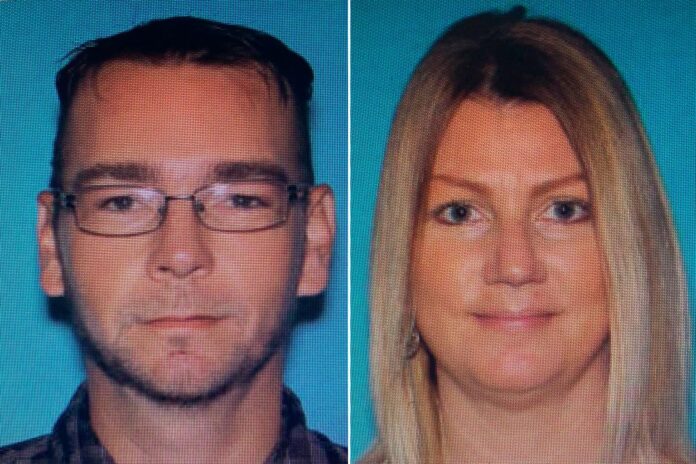 The parents of the Michigan teen who allegedly shot up his school earlier this week were found in the basement of a Detroit building following a manhunt, local reports said.

Jennifer and James Crumbley were arrested several hours after Oakland County prosecutors charged them each with involuntary manslaughter in connection with their son Ethan Crumbley’s deadly attack.

The couple’s SUV was found in the Motor City, some 50 miles from their Oxford home, just before 2 a.m., Fox 2 reported. Law-enforcement, including Detroit police and US Marshals, discovered the fugitives inside the building where their vehicle was parked, the report said.

The owner of the building recognized the out-of-place vehicle from media reports and called police, according to The Detroit Free Press.
Yes they are both in custody and will be on the way to the Oakland County Jail soon,” Oakland County Undersheriff Mike McCabe told the newspaper. “Kudos to Detroit PD and all the other agencies that assisted.”

Local cops and federal authorities said early Friday afternoon they were hunting for the Crumbleys, who were supposed to turn themselves in.
Their attorneys maintained that the pair had left town for their safety and were not trying to elude law enforcement.

A reward of up to $10,000 was being offered for information leading to the capture of Jennifer and James each, US Marshals announced Friday night, as they released “Wanted” posters of the pair, which said they said could be armed.

The charges for the couple — which experts said were very rare in such a case — stem from having purchased a gun for the teen in the days ahead of the shooting and for failing to take action when alerted to Ethan’s concerning behavior, according to prosecutors.

The 15-year-old allegedly opened fire on his Oxford High School classmates and teachers, killing four and wounding seven. He was charged as an adult with four counts of first-degree murder and one count of terrorism causing death, and was being held without bail.