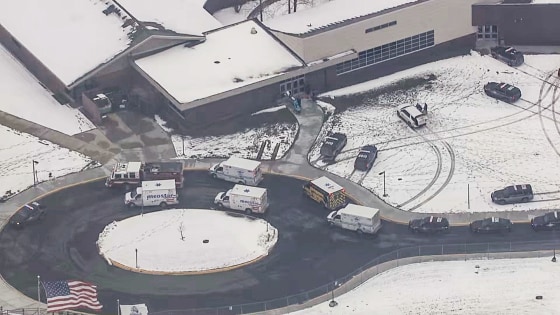 Three people were killed and six others were injured in a shooting at Oxford High School in suburban Detroit, authorities said.

The suspected shooter, a 15-year-old sophomore, is in custody, Oakland County undersheriff Michael McCabe said at a press conference. A handgun was also located, he said.

The three people killed are all believed to be students, the undersheriff said.

Their identities have not been released.

Authorities received a 911 call about an active shooter at the school just before 1 p.m., McCabe said. More than 100 911 calls came in to dispatch, he told reporters.

Among the six who were wounded, one is a teacher.

The scene remains active with multiple police, ambulances and SWAT at the school.

“We are still doing a secondary search of the school for any further victims,” McCabe said.

All of the students who were evacuated will be taken to a store in the area to be reunited with their families.

Oxford High School is located about 45 miles north of Detroit.

Chiefs Kingdom packing up and flying towards the Ravens