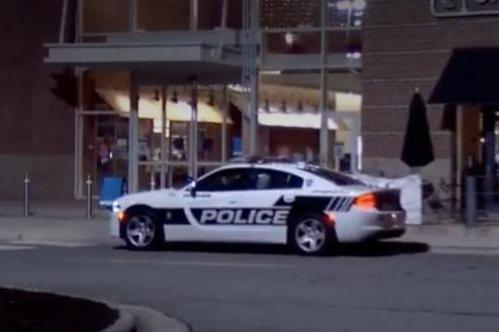 (UPI) — A shooting at a Durham, N.C., shopping mall left six people injured, three with gunshot wounds, police said.
Durham police Chief Patrice Andrews said the shooting began around 3:23 p.m. on the second floor of The Streets of Southpoint Mall.
Three people were injured by the gunshots, including a 10-year-old struck by a bullet ricochet. The Durham Police Department said the child’s injuries don’t appear to be life-threatening.
Leonardo Williams, city council member-elect, told WNCN-TV in Raleigh, N.C., that a second person was hospitalized in critical condition and the third has non-life-threatening injuries. Police said three people sustained non-life-threatening injuries during the evacuation of the mall, but not by bullets.
Andrews said the shooting involved two groups of people who knew each other, according to The Herald Sun in Durham. Officers detained one person.
“We will be making several arrests, I’m certain, during the course of this investigation,” Andrews said.
The police chief called for an end to gun violence.
“We have worked with all of our federal partners to identify these individuals that are bent on coming to our community and wreaking havoc, we will be sending them to federal prison,” she said during a news conference.

Three people were shot and wounded during an apparent fight between two groups at a North Carolina mall crowded with shoppers on the day after Thanksgiving, the police chief said.
Authorities said in the late afternoon that one person was detained and there was no further threat to the public. A bystander described “mass hysteria” on one of the busiest shopping days of the year as shoppers ducked into stores for cover or ran for the exits.
Durham Police Chief Patrice Andrews told reporters the shooting happened around 3:20 p.m. inside The Streets at Southpoint mall during a fight between two groups who knew each other. She said one of the victims was a 10-year-old child hit when a bullet ricocheted. Police said the child’s wound did not appear life-threatening. Police did not immediately release further information on the conditions of the other two who were shot.
Andrews said another three people were injured as shoppers rushed for exits following the shooting. In a news release, police said their injuries were not life-threatening.
She said those involved in the fight that led to the shooting fled, but she vowed more arrests. She said there was no further threat to the public.
“This is not a situation where someone came into the mall and indiscriminately began firing,” Andrews said.
WRAL-TV showed traffic snarled around the mall for more than an hour after the shooting, with lines of cars trying to exit the parking lot, and numerous police cars with lights flashing outside a department store.
Shoppers described a chaotic scene after the shots echoed through the mall, with some people taking cover in stores and others rushing for the exits.
Angela Lloyd had gone to Southpoint with family members to start her Christmas shopping. She said she was walking out of a store when the chaos erupted.
“I just hear shots firing, and as soon as that happened, everybody just kind of turned around and started running and screaming,” she said in a phone interview. “Some people were running into stores, some people were almost crawling into stores. Just like mass hysteria.
She took cover in a store herself, and she and others were directed to the dressing rooms in the back. One customer played a police scanner on his cellphone and kept people updated on what he heard, she said.
Her husband, Craig Lloyd, had just left the mall and was heading home to the town of Efland about 20 miles (33 kilometers) away when his wife called him from the dressing room.
“She said ‘There’s gunshots. They’ve got us locked in the store,’” Craig Lloyd said in a phone interview. “I turned around and went back to the mall.”
When he got back to the shopping center, Craig Lloyd said he observed a chaotic scene with some exiting the mall with their hands up and others like him trying to find loved ones. His wife was allowed to leave the mall more than an hour later

Student arrested after running onto Garinger HS campus with stolen gun after shootout off...