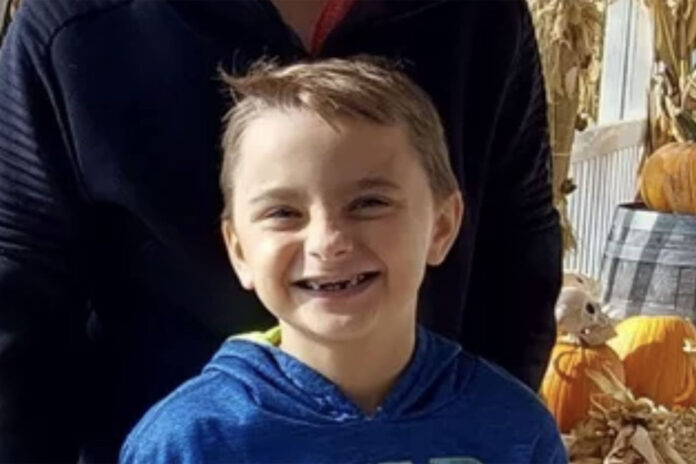 The ex-con charged with killing five people at a Wisconsin Christmas parade appeared to weep throughout his court appearance, as it was announced that a sixth victim had died from the attack and his cash bail was set at $5 million.

Earlier this month, Darrell Brooks had been cut loose on “inappropriately low” bail on an earlier criminal case.

Brooks, 39, who is charged with five counts of first-degree intentional homicide in the attack Sunday at the Waukesha Christmas parade, will also be hit with a sixth homicide charged after a child who was hit by his SUV also died, prosecutors revealed on Tuesday.

The child was identified as Jackson Sparks, 8, whose 12-year-old brother, Tucker, was also injured in the melee.

Brooks bowed his head during the proceedings and at one point appeared to weep as the judge detailed his lengthy criminal record.

Police said Brooks, a wannabe rapper with a lengthy criminal record, was fleeing a domestic disturbance when he barreled past police barricades and onto the parade route, where he mowed down marchers and spectators.

In addition to the fatalities, authorities said 48 people were injured during the attack, including at least two children now in critical condition.

Among the victims was a young dance troupe and the Milwaukee Dancing Grannies, who said they lost three members in the tragedy.

Cops caught up with Brooks nearby, initially identifying him as a person of interest in the case before filing the homicide charges.

Compounding the tragedy, prosecutors admitted this week that Brooks should have already been in jail — he was released on “inappropriately low” bail just days earlier.

Brooks was charged in that case with allegedly punching and running over the mother of his child at a local gas station on Nov. 2, but was released on a $1,000 bond.

According to reports, Brooks had another pending assault case from July 2020 — in which he was released in February on just $500 bail — and has an open sex assault warrant in Nevada.

Just minutes before Sunday’s parade, Brooks got into a dispute with his ex-girlfriend, who neighbors said had to flee her home barefoot and with a black eye to escape him.

An amateur rapper who calls himself Mathboi Fly, Brooks reportedly used the red Ford Escape SUV he allegedly drove into the parade on a rap video.