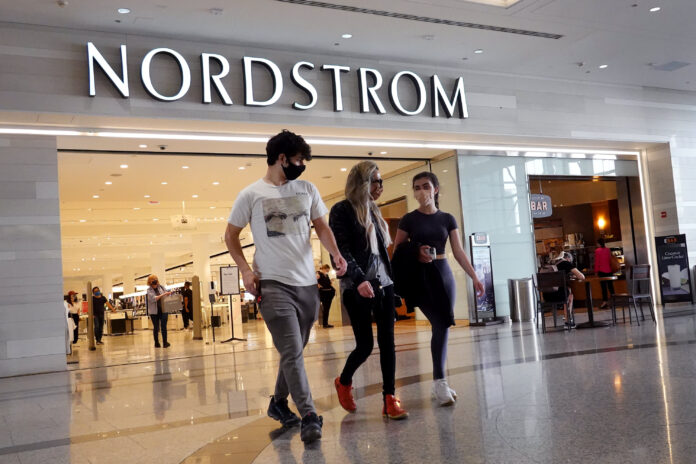 Three people are in custody in connection to a smash-and-grab robbery at a Nordstrom location in Los Angeles.

A group of thieves smashed windows with a sledgehammer and other tools at a Nordstrom store at a luxury mall called The Grove. Officers pursued an SUV involved in the crime.

The LAPD is currently processing the suspects as of afternoon and will release more details at a later time, police told Fox News.

Police believe the suspects were part of a larger group of about 20 people.

A “custom-fabricated protective barrier” was “deployed at the entrances overnight,” according to a public relations director speaking on behalf of The Grove, not a barbed wire fence as previously reported by local media.

Another Nordstrom location was targeted by about 80 people in ski masks and holding crowbars and other weapons on Friday night in Walnut Creek. Police have arrested three people in connection to the crime. Police estimate the thieves took between $100,000 to $200,000 in merchandise.

A Louis Vuitton in San Francisco’s Union Square was also “emptied out” on night by a mob of thieves.

Dozens of other businesses in the area, including pharmacies and marijuana dispensaries in Oakland, were also targeted by shoplifting mobs over the weekend.

Gov. Gavin Newsom has weighed in on the rampant crimes, calling them “unacceptable. Period, full stop.” He also noted police presence is increasing in affected areas.

The mayor of San Francisco, London Breed, meanwhile announced that the city will limit car access to Union Square, though details on the matter remain unclear.

“We’re going to be making some changes to Union Square and how cars are able to access,” Breed said at a press conference Saturday. “There will be limited access in terms of when you come to this area.”

The Associated Press contributed to this report.

A U.S. Marine, a curious Afghan boy, an unfathomable moment

Victims in Miami condo collapse came from around the world