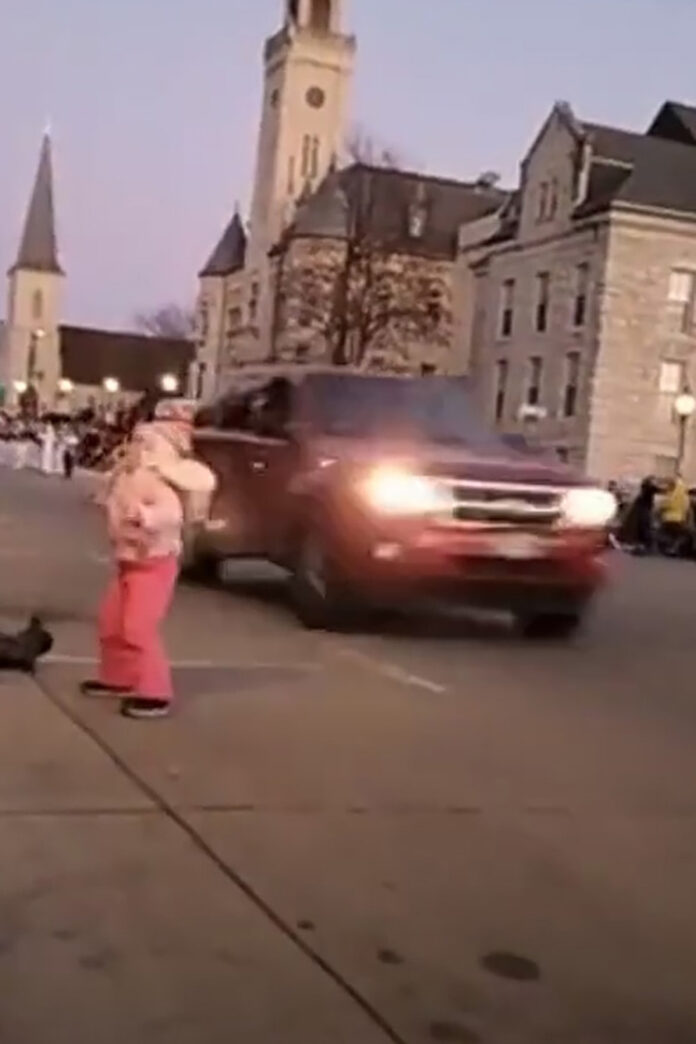 A driver blew past police barricades and plowed into a group of people marching in a holiday parade in Wisconsin — killing at least one person and injuring more than 20 others, officials said.

The incident happened during an annual parade in Waukesha, Wisconsin shortly after 4:40 p.m. local time.

The Post reached out to The Waukesha Police Department, which confirmed that police were responding to an incident at the parade, but could provide no further details at this time.
Several people were struck by a red SUV, reported the Waukesha Freeman.

Witnesses reported they saw dozens of people on the ground injured and that shots were fired by the driver.
“At the Waukesha Holiday parade and a car just broke through the police line, plowing through pedestrians and firing rounds out the window,” Zach Heisler tweeted. “Family and I are safe. Happened 20 feet in front of us.”

One witness reported that the driver ran over “several elderly women,” part of the group The Dancing Grannies, who perform at the town’s holiday parade annually.

Another witness said that four of the Dancing Grannies were on the ground motionless after they were hit,

Right in front of my family, this man drives through the parade hitting as many people as possible while shooting out the window,” a parade attendee tweeted. “He ran over several elderly women who were dancing in the parade and many others please pray for everyone in Waukesha.

A horrifying video caught a bird’s-eye-view of the alleged attack. A red vehicle approaches the rear of what appears to be a marching band before accelerating and smashing into paraders and spectators.

The driver appears to run over at least one individual as the crowd begins screaming in terror. Hysteria ensues as people begin fleeing in all directions before the driver speeds off.

Photos appear to show police investigating the suspected dark red SUV used in the incident, parked in a driveway with a heavily dented hood
Waukesha Mayor Shawn Reilly said that he believes there is no longer a danger to the public,

Family reunification location is at the Waukesha Command Post located on Barstow between Corrina & Bank Street, police said.
A heavy police presence is reported downtown where cops are asking the public to avoid the area.

The city was live-streaming the parade on Facebook. At exactly 20:40 into the stream, the red SUV described by witnesses can be seen speeding past. Screams can be heard as an officer can be seen running in the direction as people point in the direction, confused.

A police car speeds in that direction two minutes later.
Wisconsin senator Tammy Baldwin offered her condolences for all of the victims in a tweet.
“The horrific violence at the Waukesha Christmas Parade is just heartbreaking,” she said. “Please keep the victims in your prayers tonight.”
Police announced they are preparing for a press conference at city hall.

Siblings of missing Washington girl Oakley Carlson, 5, said sister was ‘no more,’ ‘had...

US, Pakistani officials in strained talks on Afghanistan