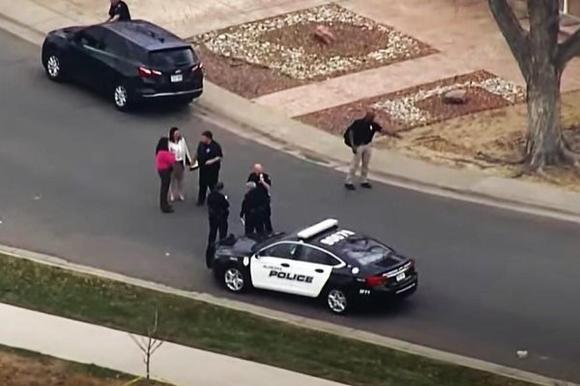 (UPI) — Six teenagers were hospitalized after a drive-by shooting incident near a high school in suburban Denver, authorities said.
The victims, who ranged in age from 14 to 18 years, were attacked at a park in Aurora, Colo., about 8 miles east of Denver, Aurora Police Chief Vanessa Wilson told reporters.
All of the injuries appeared to be non-life-threatening although one of the teens was in emergency surgery, Wilson said.
Multiple suspects, including some who might have been on foot, are being sought and remain at large.
The incident happened at Nome Park, just north of Aurora Central High School, which was placed on lockdown. School officials were the first to respond to the scene and to administer emergency treatment to the victims, all of whom are students at the school, the chief said.
“We need help from the community,” Wilson said, calling the shootings evidence of “a public health crisis” of gun violence across the country.
“Enough is enough. We need to come together as a community,” she said, urging students, parents or anyone else with information about the shootings to pass it on to police, anonymously if necessary.

US will review oil and gas leasing program in Alaska refuge