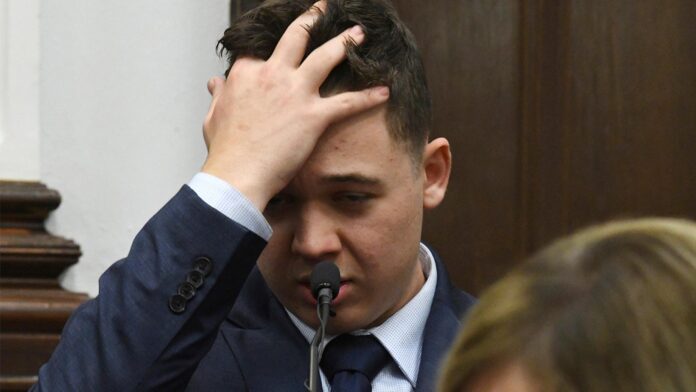 NBA star LeBron James was viciously flamed by critics Wednesday after he mocked Kyle Rittenhouse for becoming emotional while testifying during his murder trial.

Rittenhouse was being questioned by his defense attorneys when he broke down, crying uncontrollably, as he detailed the events of the night he shot and killed two rioters in the streets of Kenosha, Wisconsin.

“What tears????? I didn’t see one. Man knock it off! That boy ate some lemon heads before walking into court,” James tweeted.

Critics lambasted James on social media, with some referring to him as a “coward,” and others suggesting he didn’t have the credibility to chime in on Rittenhouse’s emotions considering he was “known as the king of faking injuries, flopping, and crying to refs.” James is an outspoken progressive on domestic political issues.

“You’re a coward. Oh, and would you be saying this if he weren’t white? Or if he held the same political views as you did?” once critic wrote.

“You are a remarkably immature person, using your platform to mock a teenager like a 12 year old trying to impress his friends,” one critic wrote, while another said it was “unreal” how James ended up being wrong on every issue.

“Hey [LeBron James] since you’re calling someone else a faker, let’s all enjoy your book report on ‘The Autobiography of Malcolm X.’ Enjoy if y’all haven’t seen this yet,” OutKick’s Clay Travis wrote, referencing an instance in which James appeared unable to articulate what he thought about a book he was allegedly reading.

James, who has been criticized for refusing to speak out on Chinese human rights abuses, was blasted by some critics over his association with the communist state through his partnership with Nike.

“Hey since you have time to make fun of a teenager in court, surely you have the time to announce you support human rights in China, right? I’d hate for you to keep shutting up and dribbling for Chairman Xi,” Travis wrote.

A man was found near Kennedy High School with a gunshot wound to the...