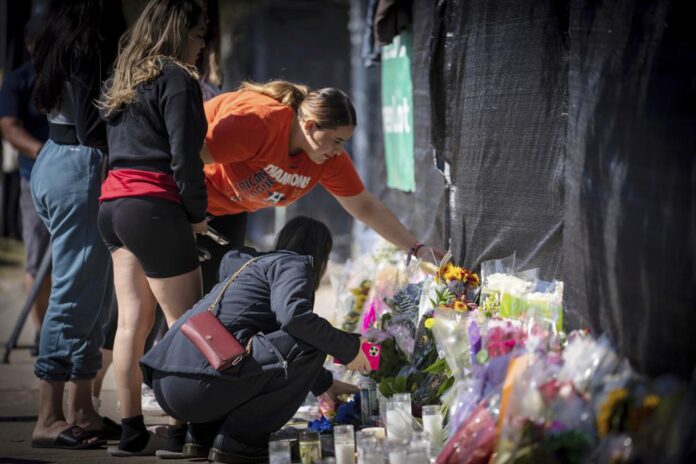 In the hours following the pandemonium at the Astroworld Festival that left eight people dead and dozens injured, the requests for donations started multiplying on social media.

Some immediately seemed genuine. The family of 16-year-old Brianna Rodriguez, a junior at Heights High School in Houston, was looking for help with funeral costs. The sister of Rodolfo Pena was looking for the same. The family of Axel Acosta was trying to raise money to travel from Washington to Texas to bring his body home and to pay for his funeral.

Others were immediately suspect. There was the guy who wanted money to replace his new sneakers because they got blood on them. There were people posting their Cash App handles and their Venmo names claiming they needed help with medical bills. There were people claiming to be parents whose kids died during the Travis Scott concert at Houston’s NRG Park asking for cash.

Crowdfunding is an increasingly popular method of getting financial help directly to people who need it. Market research firm Technavio estimates that crowdfunding will increase by about 15%, or $196 billion, by 2025.

“We always encourage people to give with their heart,” Scally said. “But we also want them to use their head.”

HOW DO I GIVE TO AUTHENTIC CAMPAIGNS?

Scally recommends donating to registered nonprofits because they are required by the Internal Revenue Service to declare how much money they raise and spend in a given year and where that money went. “The organization is actually being audited or having a financial review by a third party,” he said. “You can be more confident in knowing that money is actually going to be used efficiently and effectively by the organization.”

WHAT IF I WANT TO DONATE DIRECTLY TO A PERSON?

Crowdfunding platforms are becoming more proactive in working with fundraisers to verify their identities and their intentions for money that they receive.

Last week, GoFundMe and Indiegogo, two of the largest giving platforms, co-founded the Crowdfunding Trust Alliance to make donations on their platforms even safer.

Over the weekend, once campaigns for Astroworld victims started appearing on its platform, GoFundMe worked to verify the identities of those fundraisers. It then created a special page for the campaigns of Acosta, Pena and Rodriguez to let donors know that any funds raised would go specifically to those families.

“Crowdfunding is not shopping — people generally understand that now — but it also shouldn’t be a leap in the dark, and it certainly can’t be scamming,” wrote Will Haines, Indiegogo’s vice president of product and customer trust, in a blog post last week. He added that users want the platform to be “a safe, trusted space to engage with innovation.”

WHAT HAPPENS IF I FIND OUT I GAVE TO A FAKE CAMPAIGN?

Many platforms are working harder to support the donors. GoFundMe has created a guarantee that it says is “the first and only one of its kind in the fundraising industry.” If a campaign misrepresents itself, or the funds don’t reach their intended beneficiaries, donors may be eligible for a full refund.

8 wounded after an MTA bus drove over the railway, hanging over the Cross...

‘I kept thinking I was going to die’: Man falls 40 feet from cliffs