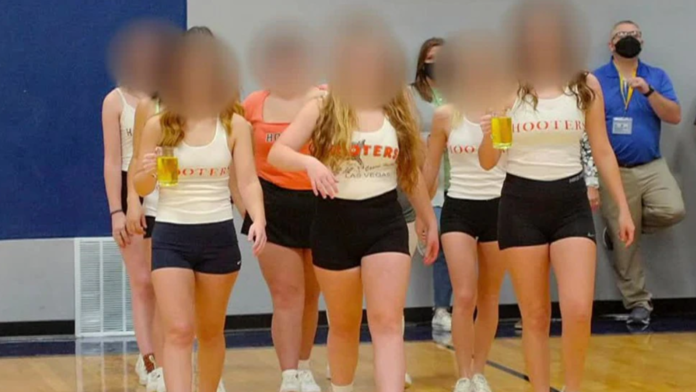 A Kentucky school district confirmed on Wednesday it is investigating social media posts of a homecoming event showing male teenagers in skimpy clothing giving lap dances to school staff, including the principal.

The incident is under investigation and as you know anything under investigation I really can’t talk about,” Hazard Independent Superintendent Sondra Combs told the Herald-Leader without describing the photos. “Once the investigation is complete, appropriate action will be taken.”
The photos were posted on the Hazard High School Athletics Facebook page but have since been removed. The principal of the school, Donald “Happy” Mobelini, was photographed in the pictures and is also the town’s mayor.
Other photos from the event showed teenage girls parading around the gym in Hooters waitress costumes.

The homecoming event, listed to occur on the Hazard High School Facebook page, was referred to as a “man pageant.”
“Public education is under so much fire right now,” Nema Brewer, co-founder of the public education group Ky. 120 United, said about the photos. “This kind of stuff is not helpful. In fact, it’s disgusting. It appears they are sexualizing young adults.”