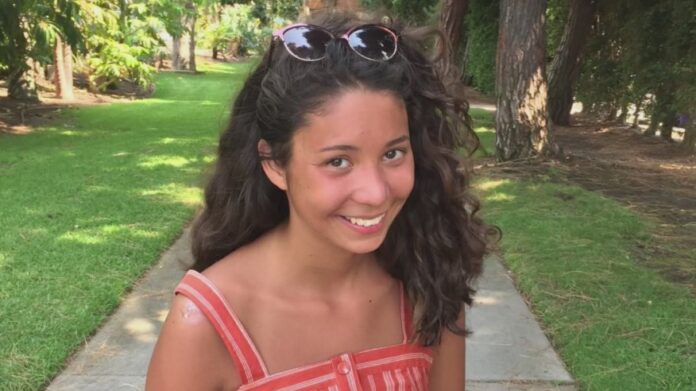 An Illinois mother was fatally injured by a stray bullet while she was preparing her 7-month-old daughter for bed and reading the baby the Bible, a report said.

Melanie Yates, a 23-year-old registered nurse, was shot in the head at around 9 p.m. while inside her home in Zion, Illinois, according to Fox 32 Chicago. She died the following day at a nearby hospital.

“For my daughter to be shot in the head, she’s reading the Bible to her youngest 7-month-old daughter, getting ready for bed,” Lam Calderon, Yates’ mother, said. “It’s unreal.”

She leaves behind her husband and two young children, the Lake & McHenry County Scanner reported.

Zion police told the station that shell casings were discovered in the area. Authorities have not identified a suspect.

“Everybody who knew Lanie knows she loved Jesus Christ with every fiber of her being. There is no doubt whatsoever that she is in heaven at this very moment. But we on earth miss her very dearly,” Stephan Calderon, the brother, told the paper.

A suburban family is devastated after a 23-year-old mother was killed by a stray bullet while reading her baby daughter a Bible story.

Melanie Yates died Monday after officers responded to a home in the 2800 block of Enoch Avenue at around 9 p.m. Sunday.

As Zion police and The Lake County Major Crimes Task Force look for the suspect(s) responsible, her family is coming forward for the first time.

“The girls aren’t going to know their mom anymore they’re just going to have a memory,” her mother Lam Calderon said.

Yates was struck in the head while following a exchange of gunfire outside of her home. She leaves behind her husband David and daughters Lydia and Evelyn.

“She was with her baby reading a Bible story to her seven-month-old and praying with her,” father Shawn Calderon said. “You can see we’re struggling with them being traumatized.”

She was rushed to a local emergency room fighting for her life as family said goodbye.

“So the ambulance picked her up and took her she died on the way. But they resuscitated her and took her to Vista,” her father said.

After she was removed from life support, her heart was still beating for a time.

“And she was so strong for 15 minutes, her heartbeat, and we held her in our arms,” family said.

A young family is reeling after a 23-year-old mother of two was struck and killed by what Zion police said appeared to be a stray bullet over the weekend.

Police said they were called to a home in the 2800-block of Enoch Avenue around 9 p.m. There, they found Melanie Yates inside her home, struck in the head by a bullet. She was taken to a local hospital in extremely critical condition, where she died the next morning.

Police said they do not believe she was the intended target, and was instead struck by a stray bullet.

Her family is now distraught with grief.

“She wanted a large family and she only has two girls,” said her mother Lam Calderon. “She wanted five to seven kids.”

Calderon said Yates and her husband were each putting one of their girls to sleep, separately, when the shooting happened.

“When my son asked my daughter, ‘Did you hear those fireworks?’ ‘Cause they sounded a little louder,” she said.

“He looked for her, where she was at in the house, and he found her shot in the head,” she said.

As paramedics rushed Yates to the hospital, her husband took the children to Calderon’s home just a few blocks away.

“He came in and he told me that our daughter had been shot and we didn’t believe him. It was just unfathomable,” Calderon recalled. “He explained even further that she had been shot in the head.”

Zion police and Lake County investigators said they found evidence of gunshots fired near the roadway.

Yates’ mother said she and her family don’t have any answers right now, and are left only with their unwavering faith.

“We have the hope and the assurance that she is in heaven right now with Jesus and one day we will see her again,” said Caledron. “That’s what we’re holding onto.”

The family has started a GoFundMe to help with expenses.

Melanie Yates was in her home reading the Bible to her youngest daughter when a stray bullet traveled into the house.

She was shot around 9 p.m. It happened in the 2800 block Enoch Avenue in suburban Zion.

The married 23-year-old mom of two died at the hospital Monday from her injuries.

“You totally transformed the lives of my son-in-law and my granddaughters. They will never know their mother again. It’s heartbreaking because she wasn’t out and about, she was in her own home,” said Lam Calderon, the mother of Yates.

Several shell casings were found in the area, and residents reported hearing six or more shots being fired in the area.

“For my daughter to be shot in the head, she’s reading the Bible to her youngest 7-month-old daughter, getting ready for bed. It’s unreal. We couldn’t even believe it,” said Calderon.

So far, no suspects have been tracked down.

Shawn and Lam Calderon say they miss their daughter’s spirit. They said that Yates loved God and aspired to have more children with her husband, Daniel, so she put her profession as a registered nurse on hold.

“Solving this case won’t bring her back, but it will lead to closure for us that love Lanie,” said Shawn Calderon, the father of Yates.

Laxalt hints at legal fights ahead of 2022 US Senate race