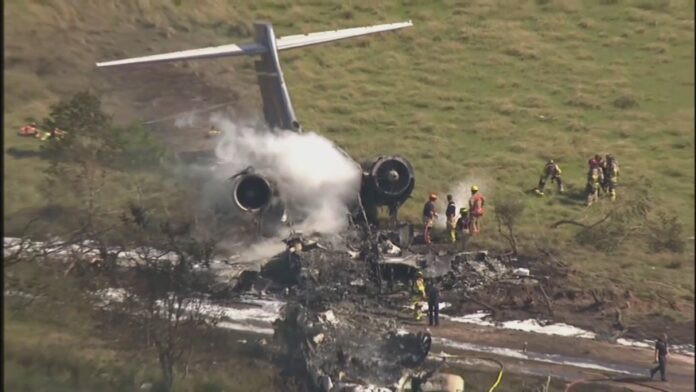 Emergency crews in Texas are responding to a plane crash outside of Houston.

the plane crashed in Waller County near Katy, 29 miles west of Houston. The scene is near the Houston Executive Airport.

Waller County Sheriff Troy Guidry said 21 people were on board the plane but all made it out safe. One person was taken to the hospital with back injuries.

No deaths have been reported.

Firefighters could be seen dousing the flames of the wreckage. As you can see in this video below from ABC13, the tail of the plane remains intact.

St. Louis police identified 3 men who were killed in the shooting

Man surrenders in crash that killed 2 near Lake Minnetonka