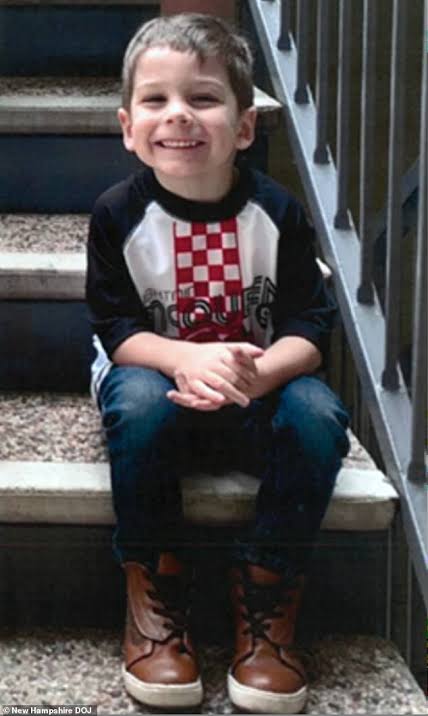 The mother of a missing 5-year-old New Hampshire boy last seen six months ago has been located and arrested in New York City, along with a man she was with, as investigators continue searching for the child in the hope of finding him alive, authorities said.

Danielle Denise Dauphinais, 35, and Joseph Stapf, 30, were arrested Sunday in the Bronx, New York, in connection to Dauphinais’ missing son, Elijah Lewis, of Merrimack, who was just reported missing on Thursday, the New Hampshire Attorney General’s Office said
Officers with the New York City Transit Authority located and arrested the pair, but there was still no sign of the boy, investigators said.

Right now, the goal is to find Elijah and ensure he’s safe,” New Hampshire Senior Assistant Attorney General Ben Agati said before investigators located Dauphinais and Stapf. “At this point, we are hoping to find Elijah alive and somewhere.

Dauphinais and Stapf were arrested on warrants charging them with witness tampering and child endangerment. The pair allegedly told people they knew to lie about Lewis and where he was living, knowing that child protection services were searching for the boy.
The New Hampshire Division for Children, Youth, and Families alerted police on Thursday that Lewis was missing, the attorney general’s office said. It was not immediately known how the agency was involved with the boy.

Elijah Lewis, of Merrimack, was last seen by “independent individuals approximately six months ago” before he was first reported missing on Thursday. Before then, investigators said there had been no reports about the missing child.
On Saturday, investigators launched a boat to search a Naticook Lake, located behind the Merrimack home where the boy was last believed to have lived,

“Our search is physically in that area for evidence of where Elijah is, but also we are searching throughout New England to try and find where he is,” Agati told the station.
Authorities asked anyone with information about their whereabouts to contact Merrimack police or New Hampshire State Police.

Man kills 3 daughters, 1 other, himself at California church

One person was killed, and one in custody after the Walmart shooting in West...