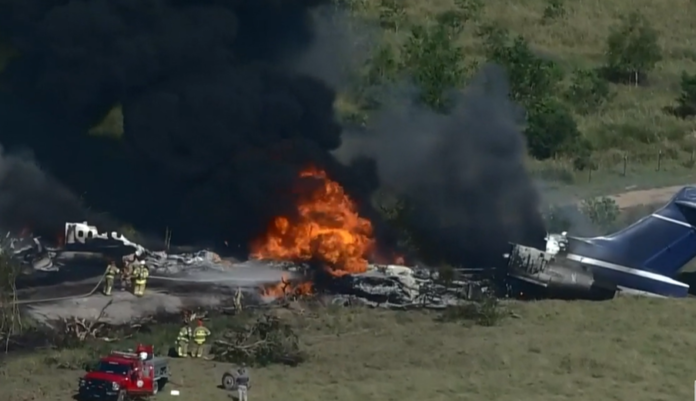 The plane is registered to J. Alan Kent, the owner of a Houston-based custom home construction company, KTRK reported. The passengers were heading to Boston for game 4 of the American League Championship Series, with the Houston Astros facing off against the Boston Red Sox, KPRC reported. Officials identified the plane as a McDonnell Douglas model MD-80, which can seat up to 172 passengers.

UN and Afghanistan’s Taliban, figuring out how to interact

A man dies after driving an alleged stolen car in a detention pool in...