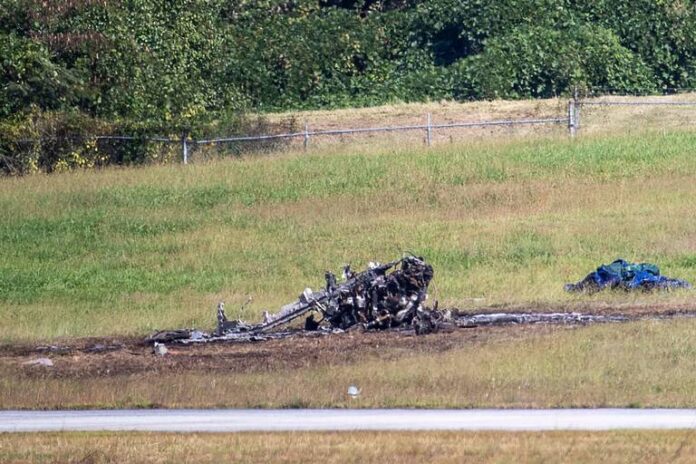 A plane crashed just after takeoff at afternoon from a suburban airport in a northeast suburb of Atlanta, killing all four people aboard, authorities said. The Federal Aviation Administration said the single-engine Cessna 210 crashed about 1:10 p.m. at DeKalb-Peachtree Airport and caught fire.

All four people on board died, a county fire spokesman said. At least 15 firefighters stationed at the county-owned airport raced onto the runway and put out the flames relatively quickly, according to the county fire official, Capt. Jaeson Daniels, speaking with The Atlanta Journal-Constitution. Officials did not immediately release the identities of those killed.

The airport is set on more than 700 acres (280 hectares) less than 10 miles (16 kilometers) from downtown Atlanta. With an average of about 209,000 annual takeoffs and landings over the past three decades, it is the state’s second-busiest airport behind only Atlanta’s Hartsfield-Jackson airport, according to its website.

The FAA said the National Transportation Safety Board would be leading the investigation. There was no immediate indication of what may have caused the crash.

Floods and mudslides kill 6, another 5 missing in Sri Lanka

Fox Theater to feature an evening of Punjabi music

Cincinnati violence that left 17 shots in an hour