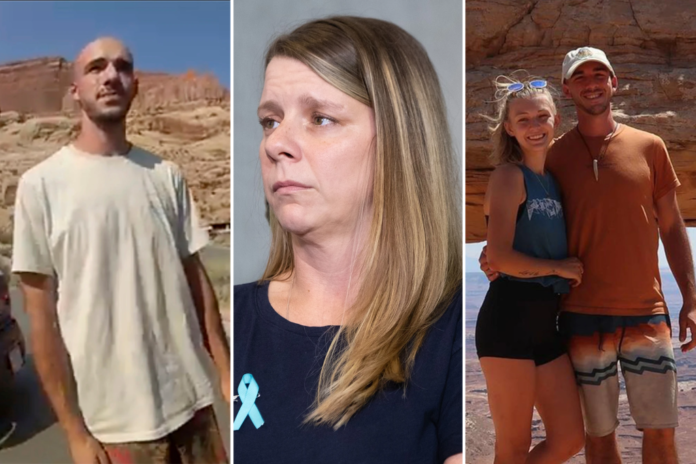 In her first-ever tweet, Gabby Petito’s mother demanded that Brian Laundrie do the right thing.

“Mama bear is getting angry!” Nichole Schmidt wrote. “Turn yourself in!”

She gave a shout out to her ex-husband and Gabby’s father in the post, adding “@josephpetito agrees” along with the hashtags #justiceforgabby and #americasdaughter.

Laundrie apparently vanished Sept. 14, three days after Gabby was reported missing. Her body was found Sept. 20 in a Wyoming campsite, but despite a massive manhunt focused mainly in Florida parks, Laundrie has not been found.

Joseph Petito earlier Saturday broke a week of social media silence by sharing the developing website for the Gabby Petito Foundation, along with the comment, “She’s already saving lives,” referencing stories the family has received about people leaving abusive relationships and missing people being found.

Schmidt’s second post on the newly created account was a retweet of a post by Tara Petito, Joseph’s wife, with a picture of her and Gabby, who was sticking her tongue out. “Gabby I will love you to the moon and back always and forever,” Tara Petito wrote.

Schmidt’s third post was a retweet of her husband’s account. Jim Schmidt had posted a photo of Gabby as a child in a life jacket, with the comment, “It still seems surreal. Miss you Gabs.”

Nicole Schmidt’s profile photo shows her with her daughter. Though just created and following only seven accounts, including the three family members she retweeted, she has already attracted more than 11,400 followers. She described herself as “A mom on a mission, the fight for change and prevention will never end! My Gabby will never be forgotten!”

Petty officer shoots 2 sailors; is stopped, killed on base

Do ATVs belong on roads? Towns are abuzz on perks, drawbacks