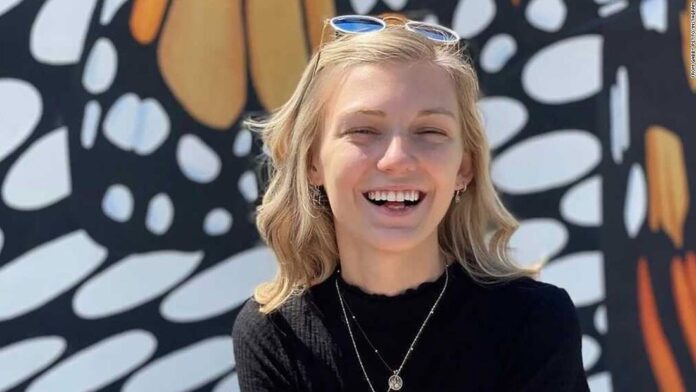 As authorities continue to search for Gabby Petito’s fiancé, Brian Laundrie, the FBI has asked for items that might have his DNA, the Laundries’ family lawyer said.

During the FBI’s visit to the family home, “The FBI requested some personal items belonging to Brian Laundrie to assist them with DNA matching and Brian’s parents provided the FBI with what they could,” the Laundries’ lawyer, Steven Bertolino said to multiple news outlets.
FBI agents returned to the Florida home Laundrie shared with his parents Sunday, as seen in video shot by CNN. At least two agents could be seen at the home and one had a bag in his hand.

Laundrie’s parents told authorities on September 17 that the 23-year-old left their home days earlier with his backpack and said he was headed to the Carlton Reserve. A source close to the family told CNN’s Chris Cuomo Laundrie left his parents’ home without his cell phone and wallet.

Police said the FBI has taken over the search and indicated it will be of a smaller scale.
“I don’t think you’re going to see those large-scale types of efforts this week. The FBI is now leading the search. I’m told it will be scaled back and targeted based on intelligence,” police spokesman Josh Taylor told CNN in a message. “Hopefully, water will lower in areas hard to currently access.”

Laundrie’s disappearance came at the height of the search for Petito. The two had gone on a road trip together, chronicling their travels on social media with the hashtag #VanLife, but Laundrie returned to the home they shared with his parents on September 1 without her. Authorities later found Petito’s remains in a national forest in Wyoming and her death was ruled a homicide.
Petito’s disappearance has stirred heartbreak and outrage in many and spurred digital detectives to comb through the couple’s online trail to try to solve the case. It also highlights the tens of thousands of missing persons’ cases across the country.
Laundrie faces a federal warrant for his arrest for the “use of unauthorized devices” stemming from his actions following Petito’s death. Laundrie allegedly used a debit card and PIN number for accounts that did not belong to him for charges exceeding $1,000 between the dates of August 30 and September 1, according to a federal indictment.
An attorney for Laundrie’s family emphasized in a statement that the warrant was not for Petito’s death but related to activities that allegedly took place afterward.
Two separate rewards totaling $30,000 have been offered to anyone who provides law enforcement officials with Laundrie’s whereabouts.

What we know about Laundrie’s movements
Petito, 22, and Laundrie embarked on a cross-country trip in June and were visiting national parks. They posted online regularly about their travels with the hashtag #VanLife, but those posts abruptly stopped in late August.
On August 26, Jessica Schultz saw Laundrie parked in a white van at Grand Teton National Park, and no one appeared to be with him, she told the San Francisco Chronicle.
The next day, Nina Angelo and her boyfriend, Matt England, saw a “commotion” as Petito and Laundrie were leaving the Merry Piglets Tex-Mex restaurant in Jackson, Wyoming, she said
What we know about Gabby Petito’s final days
What we know about Gabby Petito’s final days
Petito was in tears and Laundrie was visibly angry, going into and out of the restaurant several times, showing anger toward the staff around the hostess stand, Angelo said. The couple’s waitress was also visibly shaken by the incident, said Angelo, who told CNN she did not see any violence or physical altercation between Petito and Laundrie.

A manager at Merry Piglets, who declined to give her name, did see “an incident” at the restaurant and called the FBI, she told CNN. The manager declined to describe what happened and said the restaurant did not have surveillance video of the incident.
Norma Jean Jalovec, a seasonal Wyoming resident, told CNN that she picked up Laundrie not far from Jackson Lake Dam on August 29, around 6:15 p.m., and gave him a ride to the Spread Creek dispersed campground where Petito’s remains were later found.

Laundrie was hitchhiking, Jalovec said, and got in the passenger seat of her Toyota SUV 4-Runner.
According to Jalovec, Laundrie told her he and his fiancée had a travel

A man is killed after shooting in Highland Heights

Two charged in death of man, 73, during Chicago carjacking