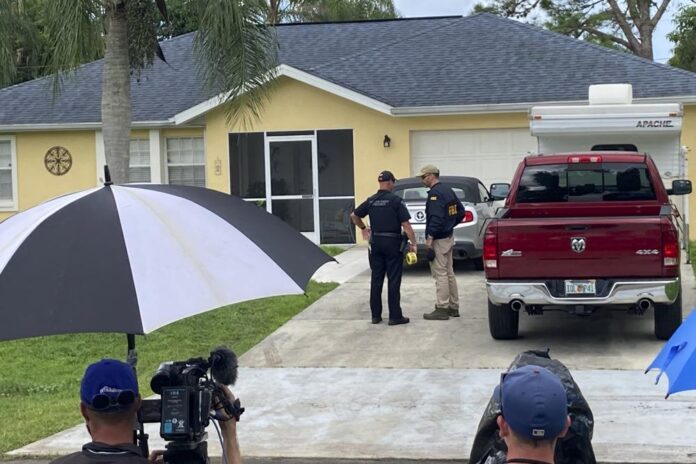 NORTH PORT, Fla. (AP) — Authorities renewed their search of a swampy preserve area near the home of the boyfriend wanted for questioning in the death of 22-year-old Gabby Petito, whose body was discovered at a Wyoming national park months after the pair set out on a cross-country road trip.
Police in North Port, Florida, said Tuesday morning that investigators have returned to the Carlton Reserve to look for Brian Laundrie, 23.
Investigators searched the 24,000-acre (9,712-hectare) Florida nature preserve over the weekend without success. They focused on the area after Laundrie’s parents told police he may have gone there.
the FBI went to Laundrie’s parents’ home in North Port and removed several boxes and towed away a car neighbors said Laundrie’s mother typically used.